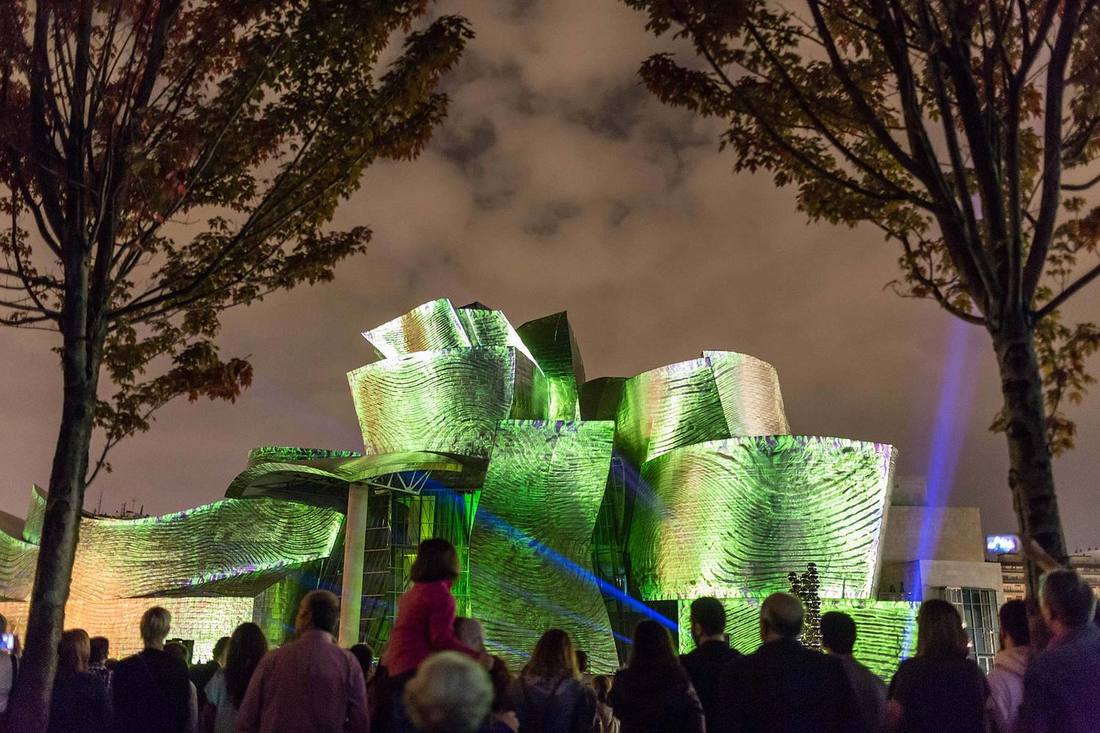 Let’s celebrate the 20th anniversary to the event that has changed the world of architecture in our time, Frank Gehry’s Guggenheim Museum in the Basque country’s city of Bilbao. It has become the most glamorized, sensational, and publicized building of our era, often described as the first building of the twenty-first century, and credited for opening the way for those practicing the architecture of spectacle. I can summarize its innovation in two themes. First, this singular building came to demonstrate the power of architecture to bring an entire city into a global prominence; second, it has brought 68-year old Gehry, whose reputation until then was of an architect of unpolished, often unbuildable architecture world fame, securing his place in the history of architecture. It was an enormous challenge to adapt modern building materials to Gehry’s distorted, sculptural shapes, but it was praised by all critics, becoming a popular tourist destination. 59 productions transform the Museum with Reflections, celebrating its 20th anniversary today. Photos by Justin Sutcliffe. 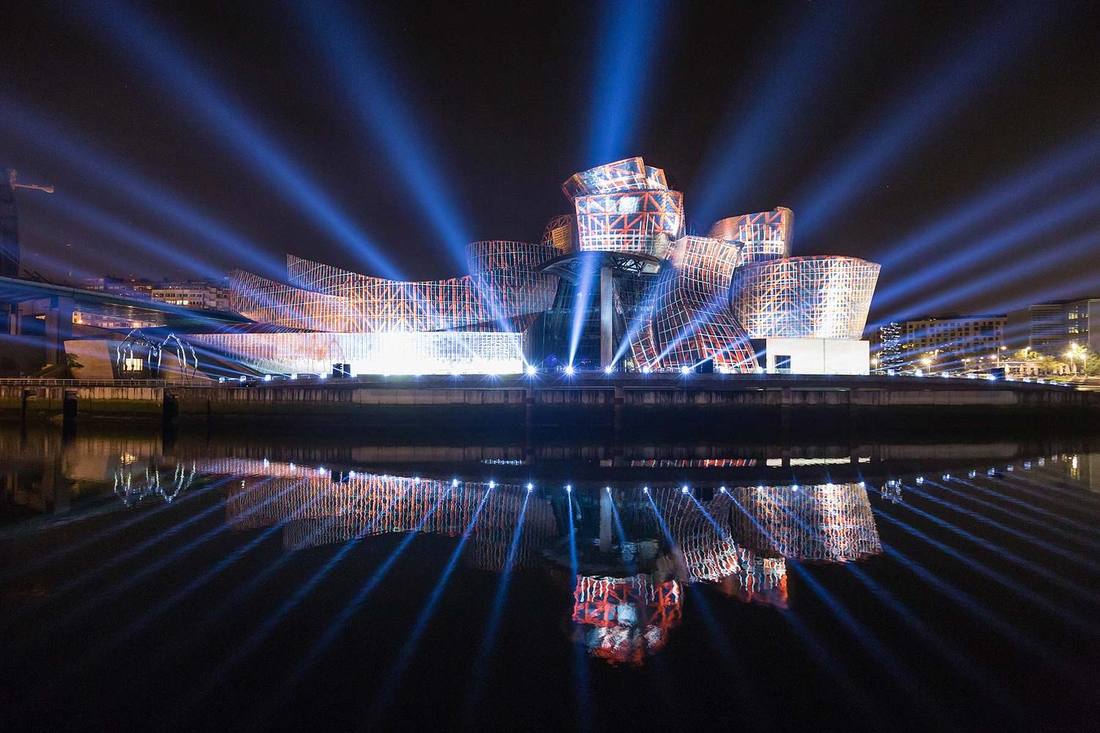 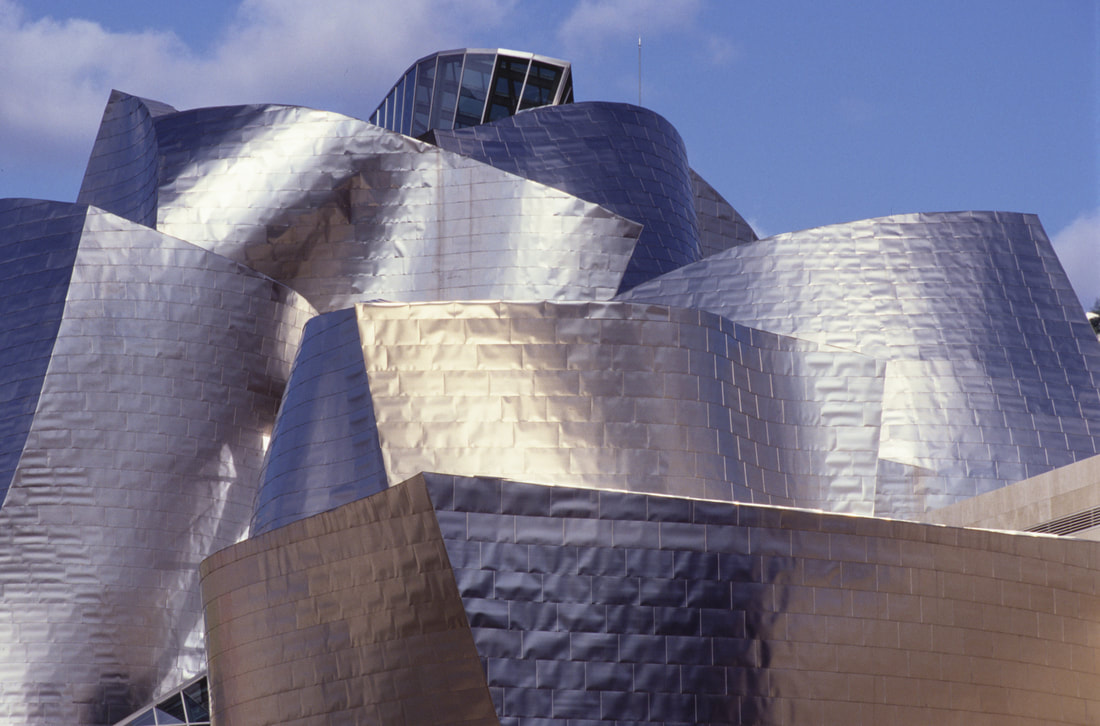 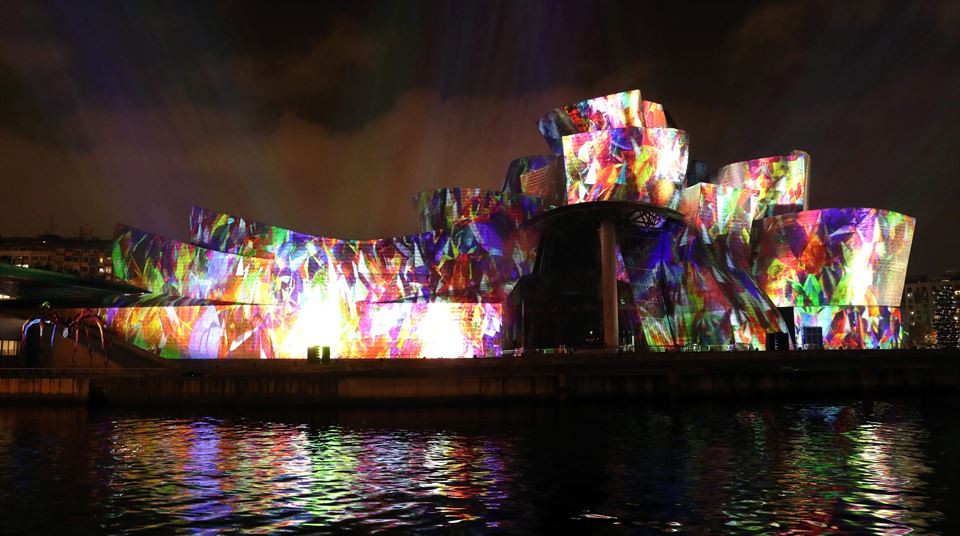 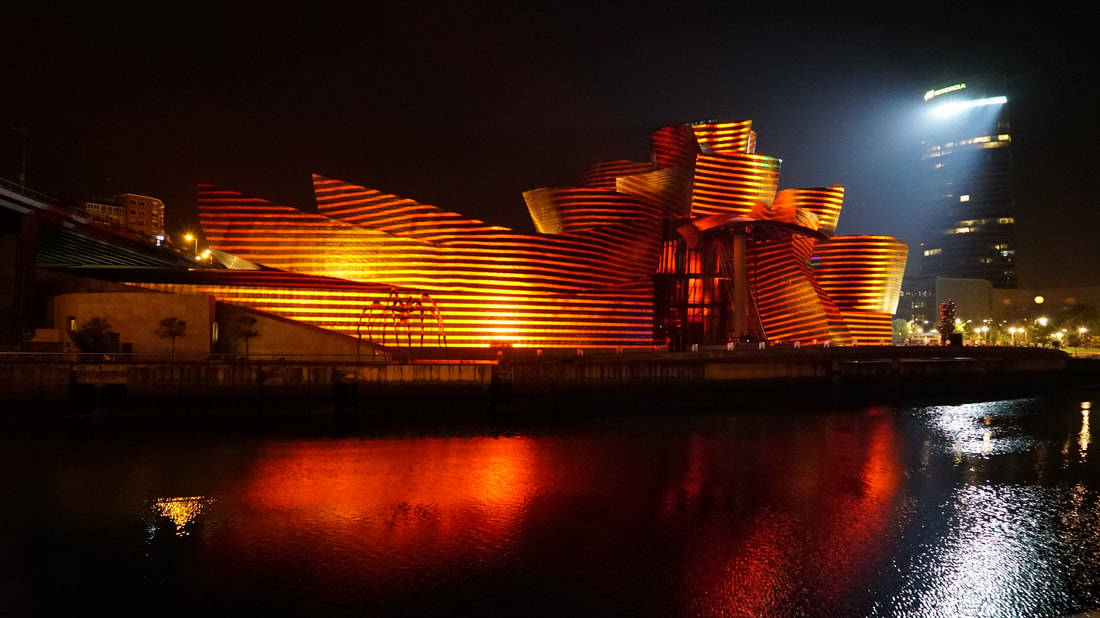 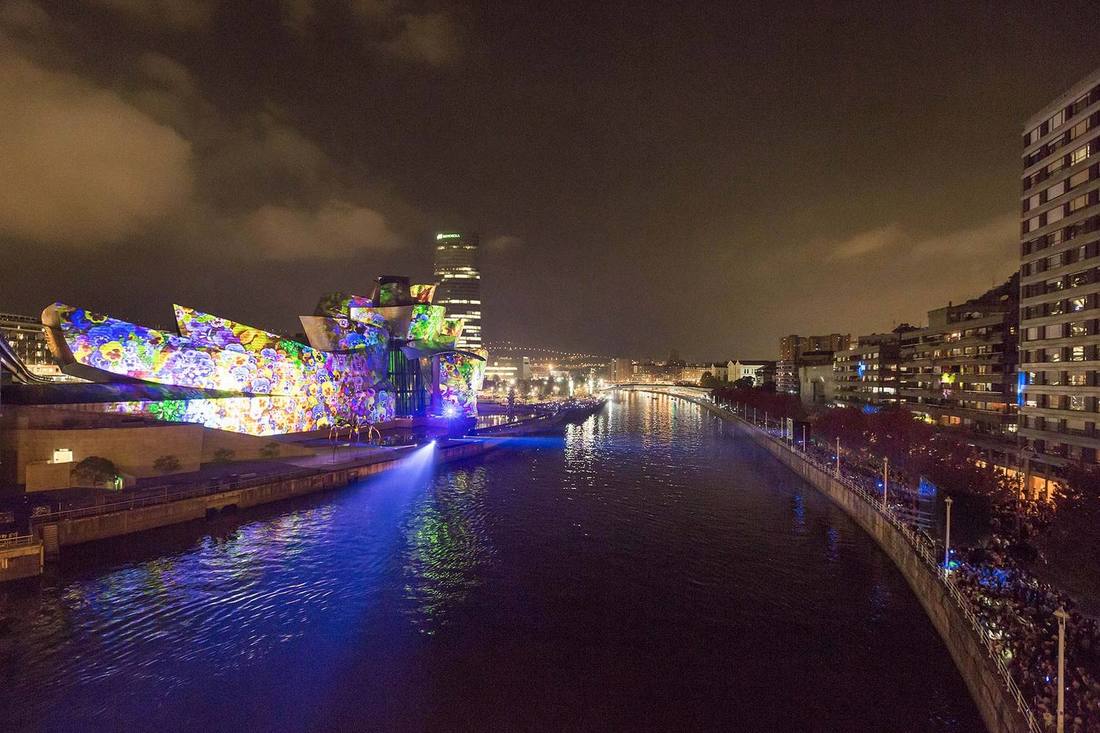