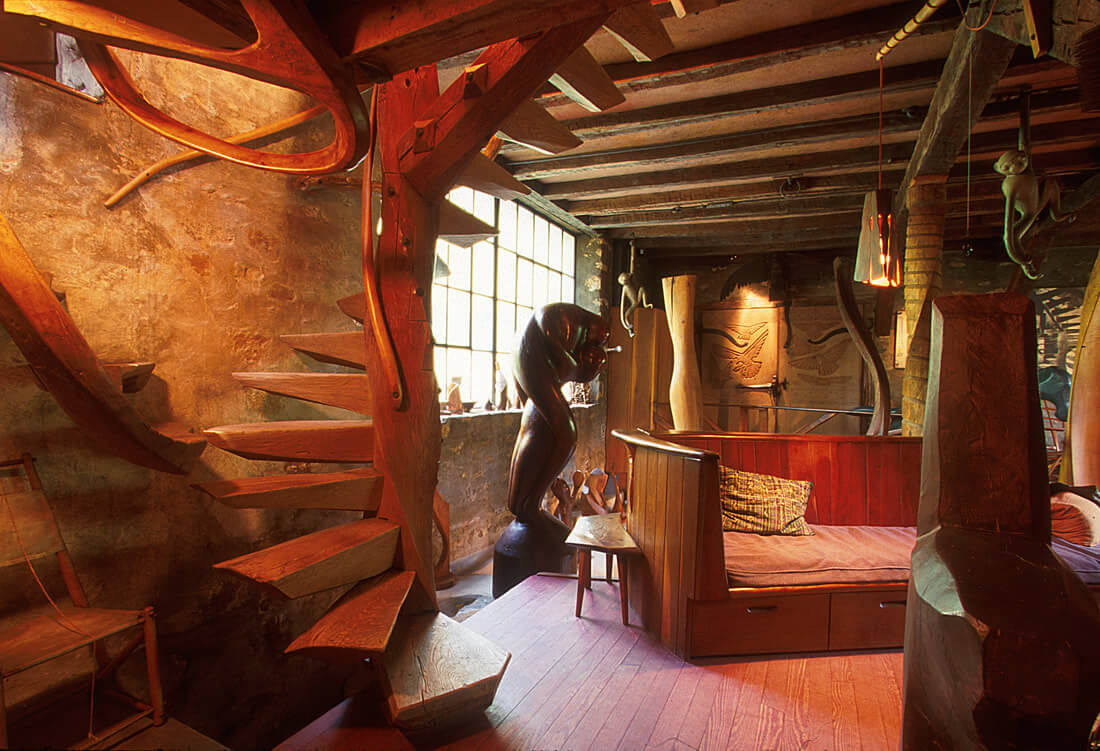 It has been one of my favorite spots of all time, the Wharton Esherick Museum, former home and studio of American maker and visionary designer outside of Philadelphia. Its co-founder Mansfield Bascom, Esherick’s son-in-law, who together with his wife Ruth (1925-2018) devoted his life to creating the museum and to preserving the legacy of Esherick (1887-1970) died last month. Known as the Father of the American Studio Movement, Esherick built his home and studio over a period of four decades, creating it entirely by hand, and personally crafted every piece in it: the kitchen, the furniture, and the iconic staircase, which has long become synonymous with his signature woodcarving.

Now I read that the Museum received a $10 million endowment gift from the Wingate Foundation, which is known for its funding for causes related to the crafts. 25 times the sum of its annual budget (of $400K), the windfall endowment will allow the museum to transform its campus into a constructed visitor experience, I read. The campus is consisted of three buildings: a farmhouse where Esherick and his wife Letty originally lived and raised their children; the rounded, multi-colored structure, which was used as living spaces and studio; and finally, the large workshop, designed by his friend and regular collaborator Louis Kahn.

‘The Wingate Foundation’s gift,’ told me Paul Eisenhauer, executor of his estate and a former executive director and curator at the museum, ‘speaks to the power of Wharton Esherick’s vision. Visitors to the museum are regularly moved and transformed by the world he created and by the life that is embedded in his studio. The gift of endowment frees the Museum from the threats created by the pandemic that all small museums are feeling. The Museum will continue to move, amaze, and inspire visitors far into the future because of Wingate’s generosity.’

It is nice to know that Bascom, who continually worried that some catastrophe or bad decision by the Board could destroy his lifelong project knew about the gift before he passed away last month. From my personal point of view, I hope that no major changes will be made, because the Wharton Esherick Museum is one of the only places in America, where you can get a fully authentic design experience and this is the reason I love this place so much. 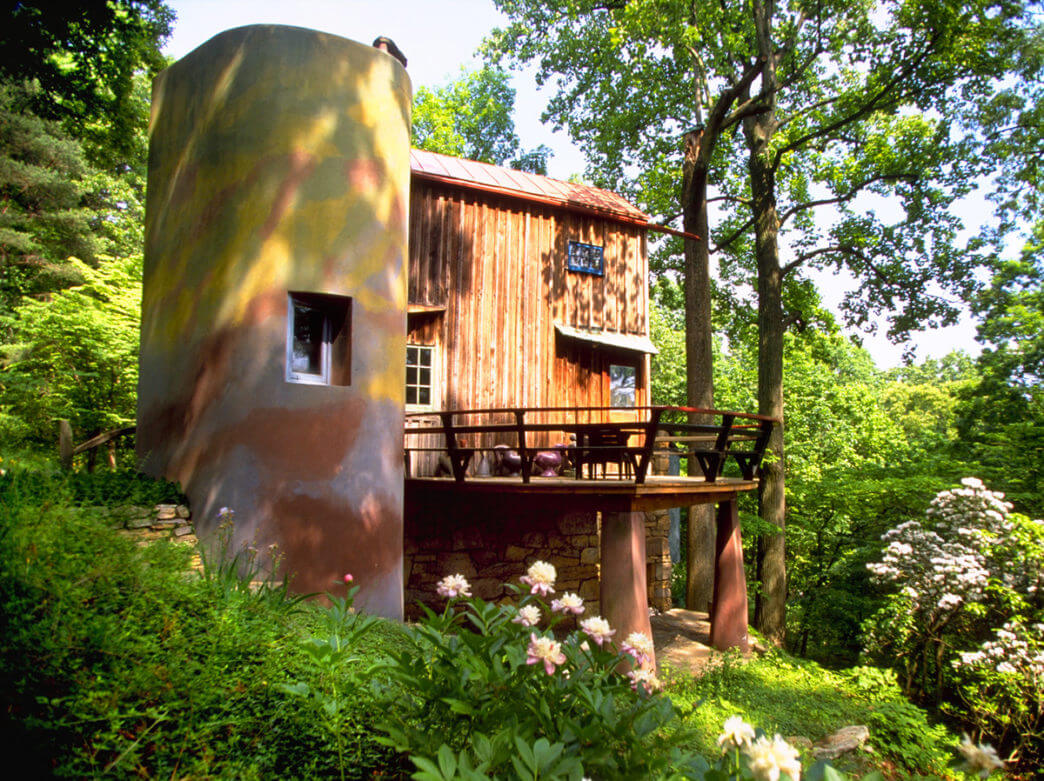 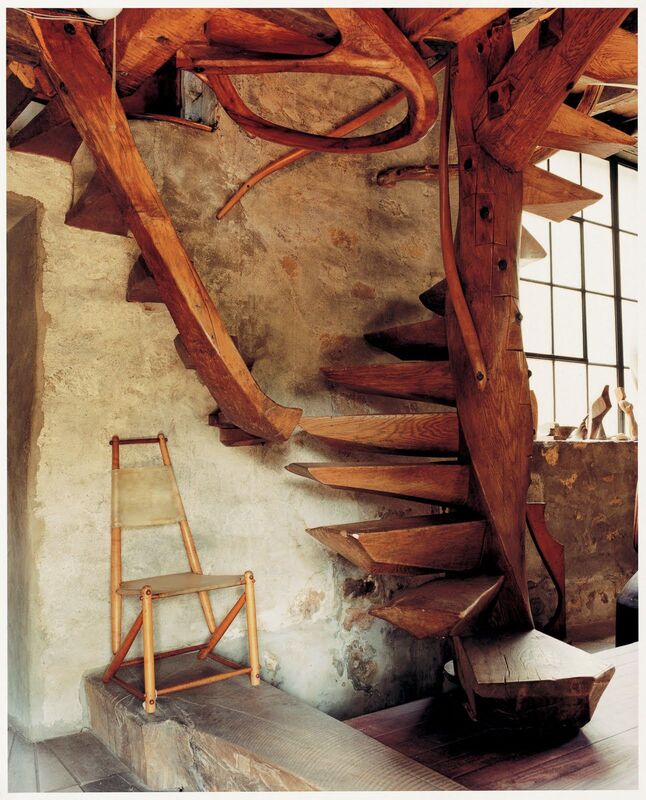 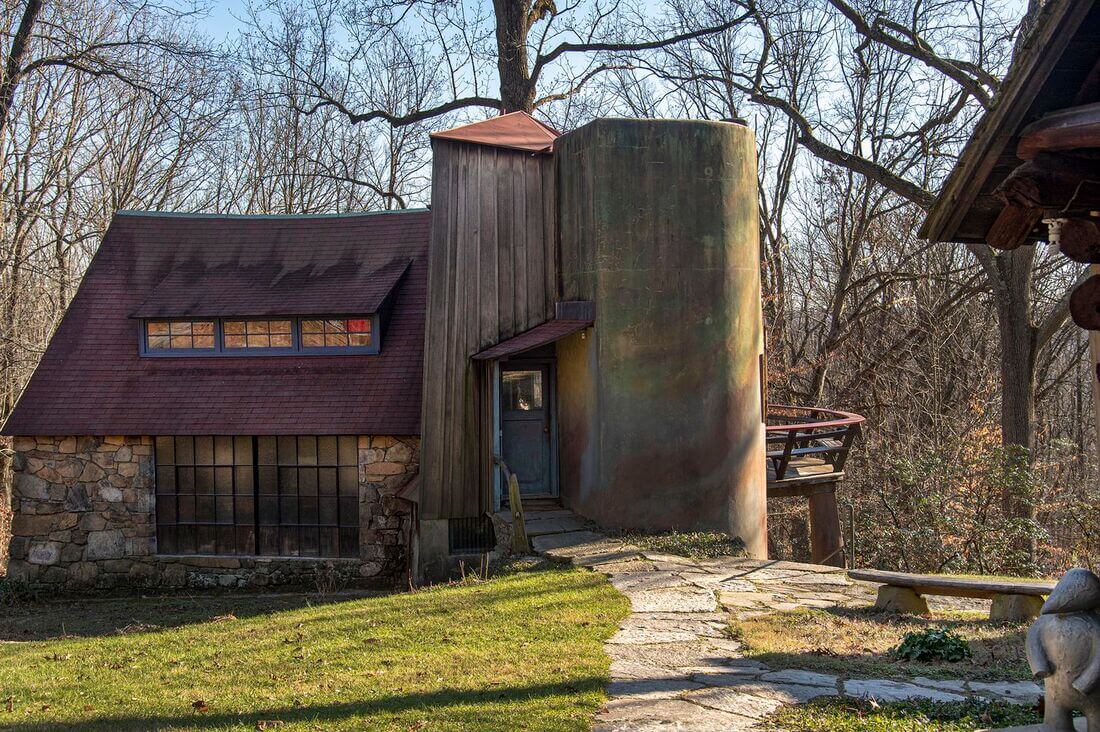