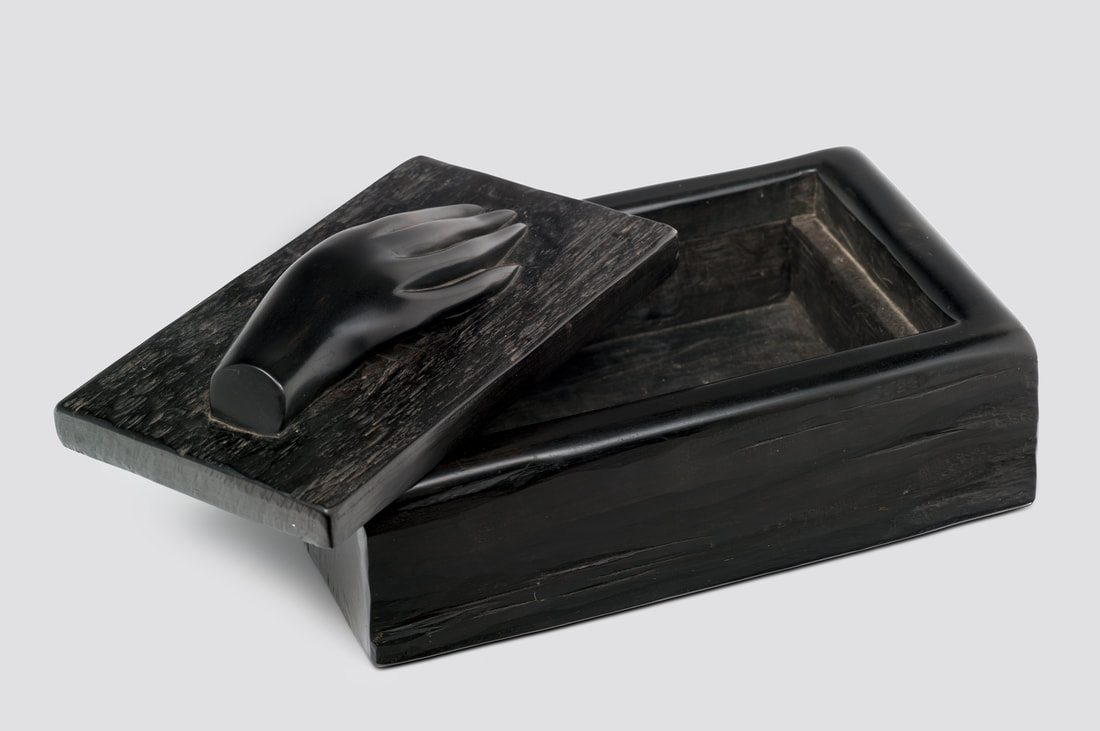 French artist Alexandre Noll (1890-1970) was never a part of a movement. He was a gifted sculptor who created ambitious and distinctive work in wood from the 20s until his death in 1970, crafting furniture, when the rest of the world admired production. It was during the two decades between the end of WWII and the mid 1960s, that Noll had achieved his mature style which has since become his legacy. His work stands on the line between the expressive and the primitive, between the massive and the raw, encompassing biomorphic forms and surreal sensibility. While during his time Noll was respected for his art and his clientele included such French figures as Jean Cocreau and Pierre Poiret, he was largely forgotten. His work has been rediscovered in recently years, and his most ambitious pieces have fetched astronomical prices in auctions. Now that a selection from his estate and personal collection will be offered by Bonhams, it is time to discover the artist who has remained somewhat of a mystery.

Born to Alsatian parents, Noll began his artistic career as a painter, creating watercolor and wood engraving, along with composing music. His love for the wood had brought him to focus on developing his ability in carving and his best work was made in hard, exotic woods, primarily ebony, sycamore, and mahogany. What we learn by reading the interview with Noll’s grandson in the catalog, is that he did not look for expensive, precious woods, but rather used the wood that no one wanted. His quest for the twisted, defected wood that could not be used by manufacturers and that he could buy relatively inexpensively enabled him to engage with the wood, to become intimate with the wood, to create poetry in wood. His pieces are organic, smooth, and polished, softening the hard wood, and for the organic language, his work has often been compared to that of Henry Moore, Jean Arp, and Barbara Hepworth.

The collection is composed of pieces from the mid-century years, Noll’s greatest period, including woodblock plates, woodcuts, paintings, drawings, sculptures, objects, and pieces of furniture. The highlight is certainly the bar, sculpted of a single piece of Madagascan rosewood in 1947, representing Noll abstract language in its best. The collection will be auctioned on December 12th. 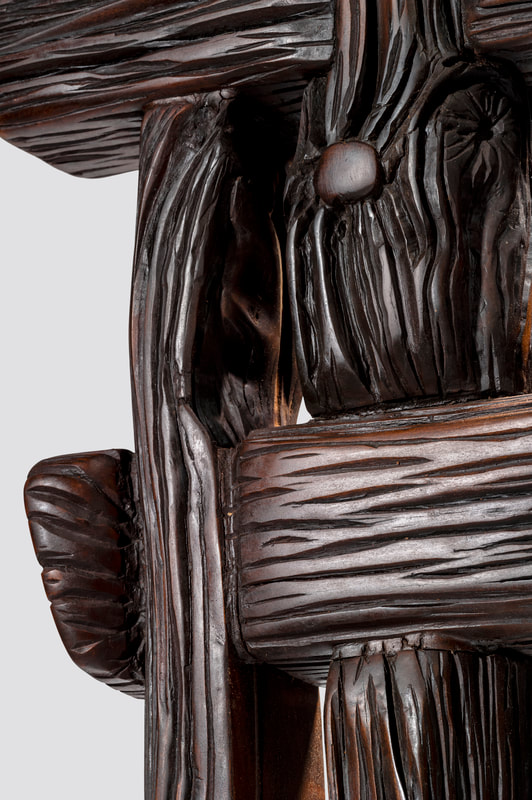 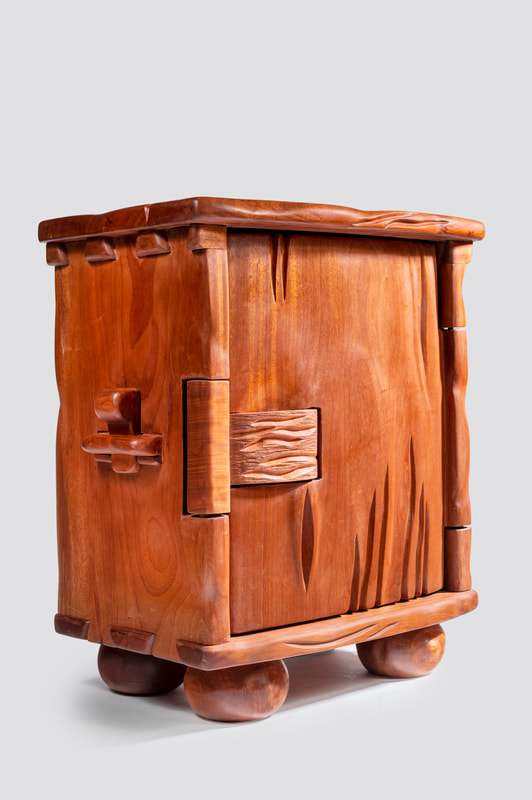 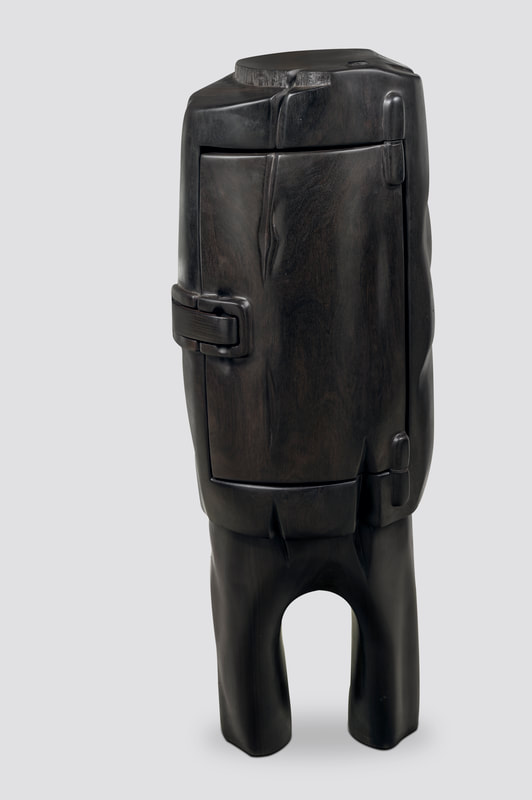 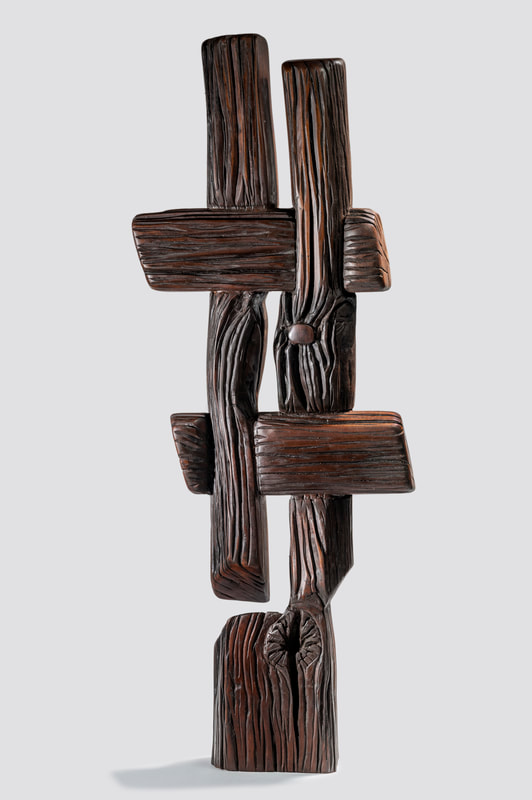 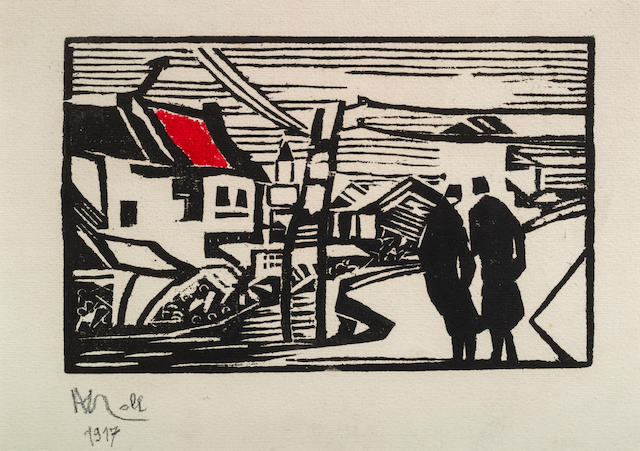 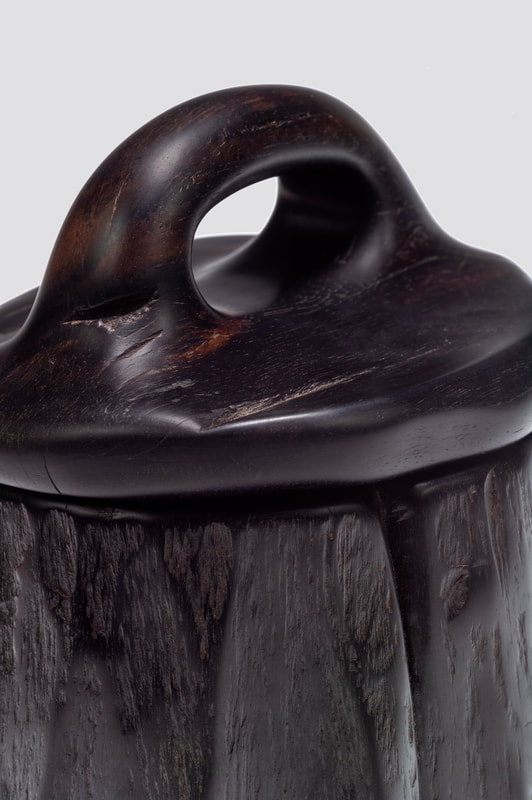 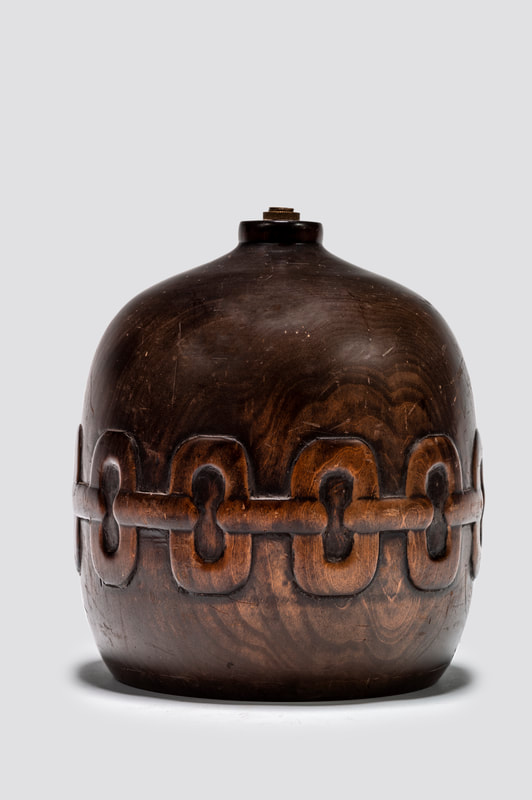