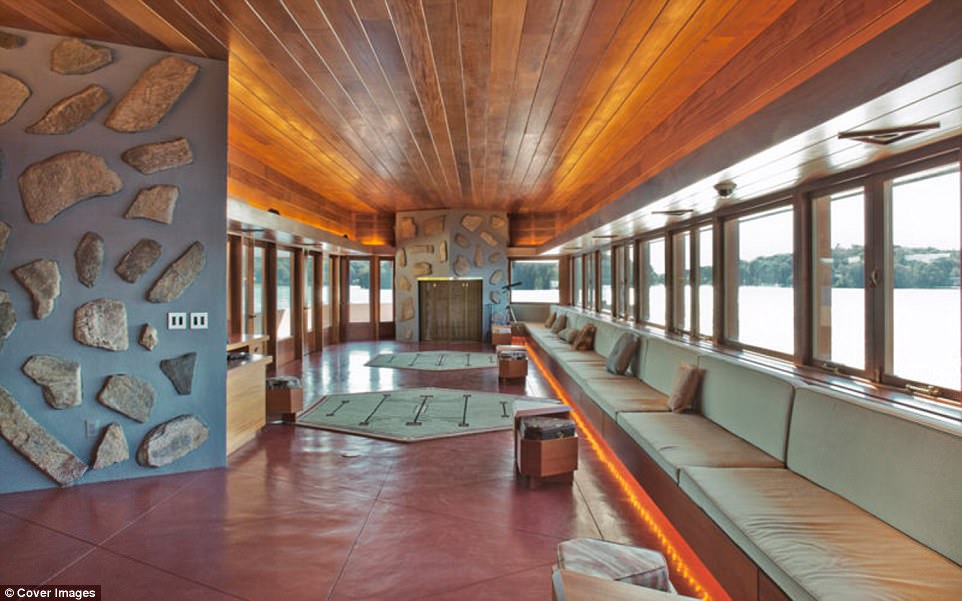 ​The most problematic aspect of the private 11-acre heart-shaped island named Petra on Lake Mahopac, which houses three buildings by Frank Lloyd Wright, currently on the market for sale for $14.9 mm, is that the Wright foundation, the official custodians of the architect’s legacy will not recognize the property as a true work by the famed architect. The island was purchased in 1949 by engineer Ahmed Chahroudi, who commissioned Wright to design a grand home for himself, which included the signature cantilevered balcony over the lake. But the plans were scaled back, simply because the patron could not afford the pricy construction. Wright, therefore, ended up designing a small cottage instead. It was half a century later that the original plans were brought to life by the island’s new owner, John Massaro, and the house was completed in 2007. Here is a controversial issue when it comes to architecture, and on the question of how to evaluate the authenticity of buildings after the death of their architects, particularly in a case such as this when all hat survived were five small drawings. Is it by Frank Lloyd Wright? 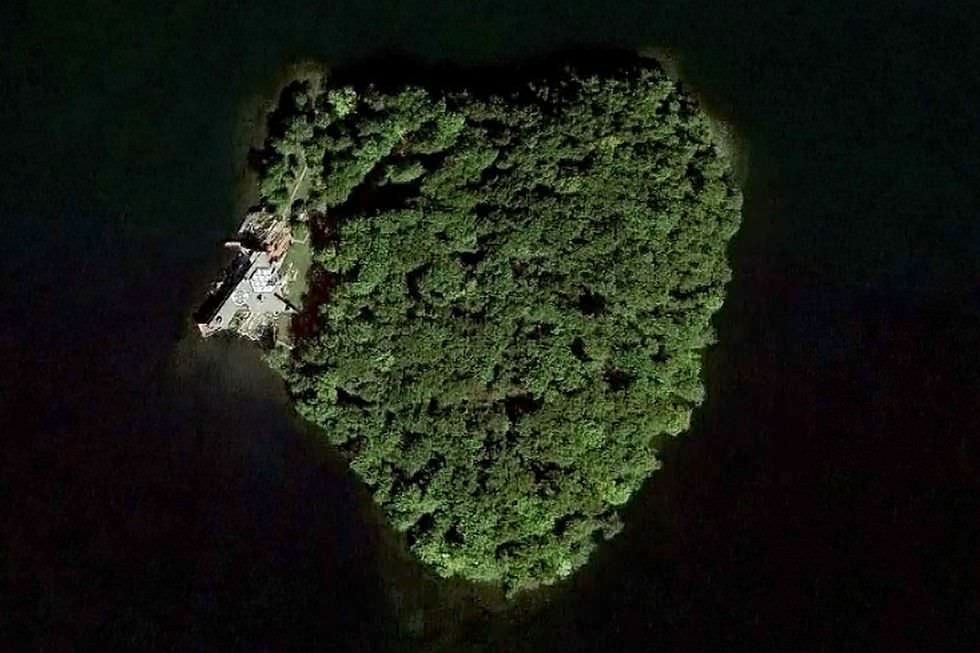 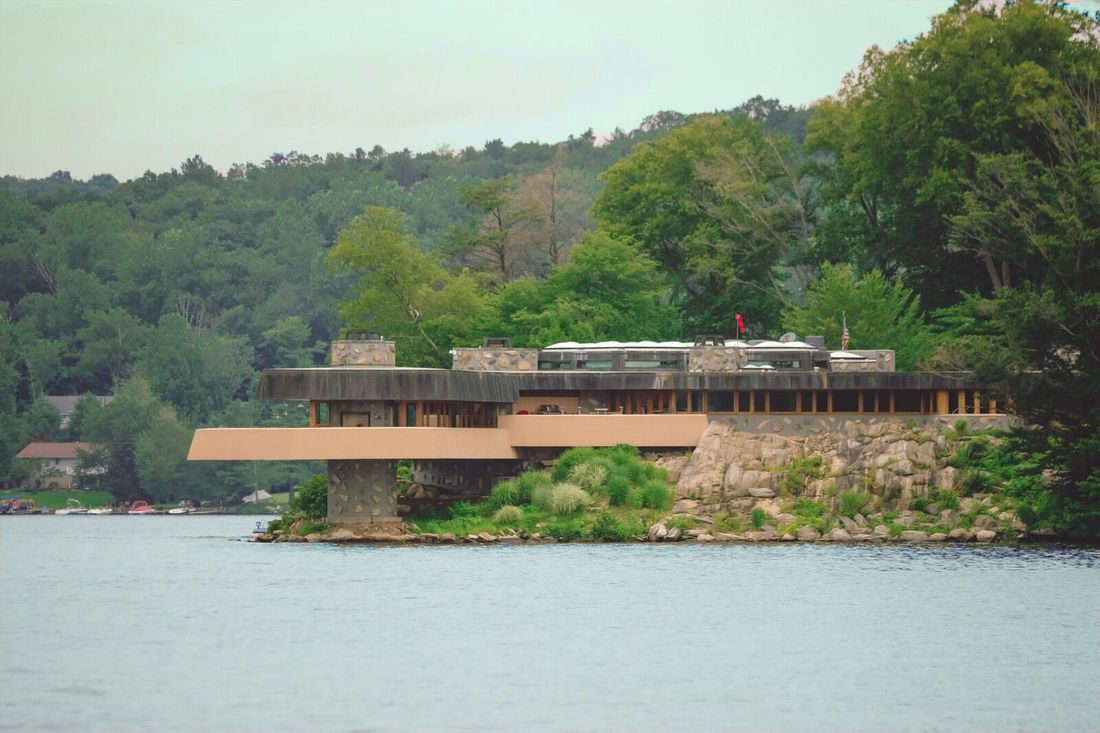 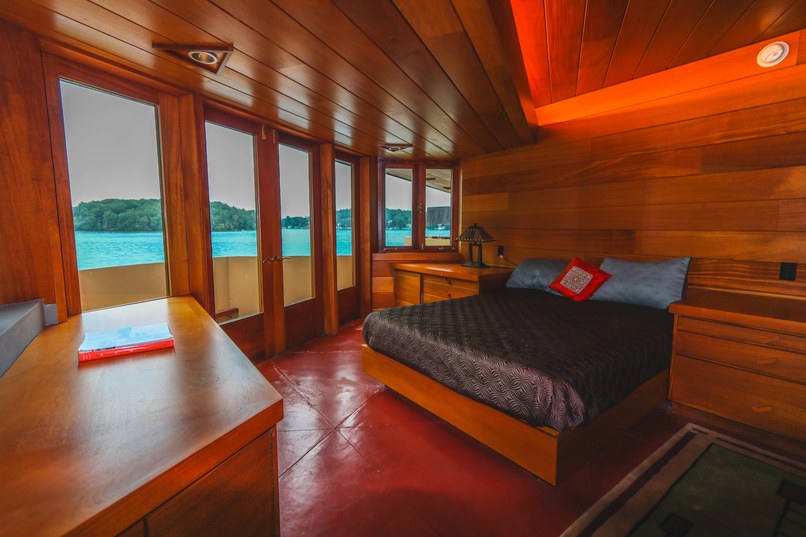 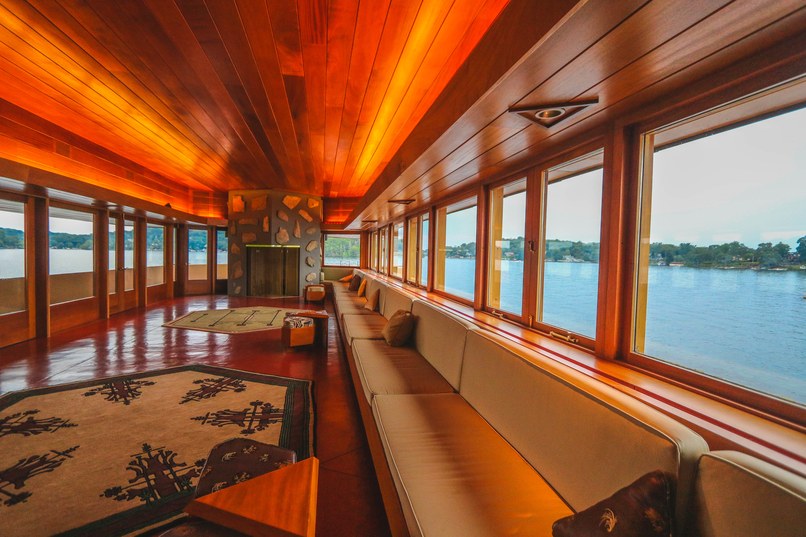