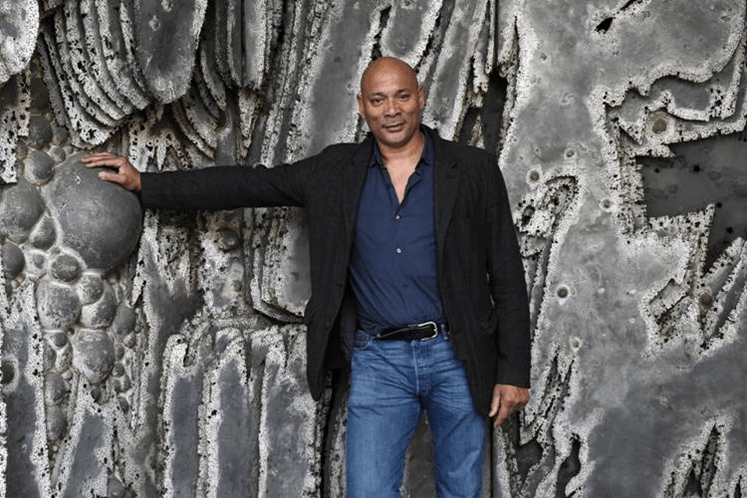 Taste has the power to transform everyday life experiences, and it is therefore a desired commodity; defining one’s taste has become a complex mission, with the pluralism and endless possibilities. This morning, I invited Hugues Magen, the dynamic founder of New-York-based Magen H Gallery to speak in the program Collecting Design, which has moved to the web with the outbreak of COVID-19. I consider him as an influencer whose taste has inspired me in expanding my own taste and knowledge. The discussion focused on his passion for fine, great design; on the meaning of rediscovering and living with historical masterpieces of design; and more importantly, on Magen’s own voice, vision, and mission.

Magen H Gallery has made its name with presentation of unique French postwar design by historical artists, designers, and architects of the type one rarely sees elsewhere. The unique objects the Gallery has on display were created by those who have been ignored, unknown, or forgotten by historians writing the narrative of art history. Magen not only identifies the lost design and its talented makers, but also travels the world to locate the material, and then becomes engaged in a long process of research, publishing, exhibiting, and developing the market. Once he sets these all up, he establishes the ground for these objects to become blue chips.

Let’s take Pierre Chapo (1927-87) as an example. The French craftsman/architect was a master of not only in woodworking, joinery, and cabinet-making, but also in formulating modernist, original, architectural forms. Interested in an honest approach to his materials, Chapo crafted his furniture of solid wood, and offered his work in a shop he established in the 13th arrondissement of Paris. Despite the success and the gold medal he received from the City of Paris in 1960, his name was buried when the vague from crafted design came to its end in the 80s. Consequently, Pierre Chapo was excluded from the story of French modern design as has been told by the books. For the 2017 groundbreaking retrospective ‘Pierre Chapo, a Modern Craftsman’ at his gallery, Magen published the first monograph of the artist who admired Le Corbusier, Charlotte Perriand, and Frank Lloyd Wright. Within two years, Chapo’s furniture pieces were offered by some of the world’s best auction houses, tripling the prices sold at the Gallery, gradually turning into blue chips.

It is clear that Magen has a distinctive taste for the powerful, for objects which lack ornaments, and which are made by master craftspeople. His taste is the embodiment of Mies’ slogan ‘Less is More,’ encompassing works in wood, metal, and clay. He loves to pioneer, to learn, to discover, and as he said this morning, to work with design which is ‘difficult.’ Not in the sense that it is challenging to love, but in the sense that it is unknown to collectors, to the art market.
Thank you, Hugues Magen, for an inspiring talk this morning. It made us all expanding our vision, elevating our knowledge, and enriching our visuals. 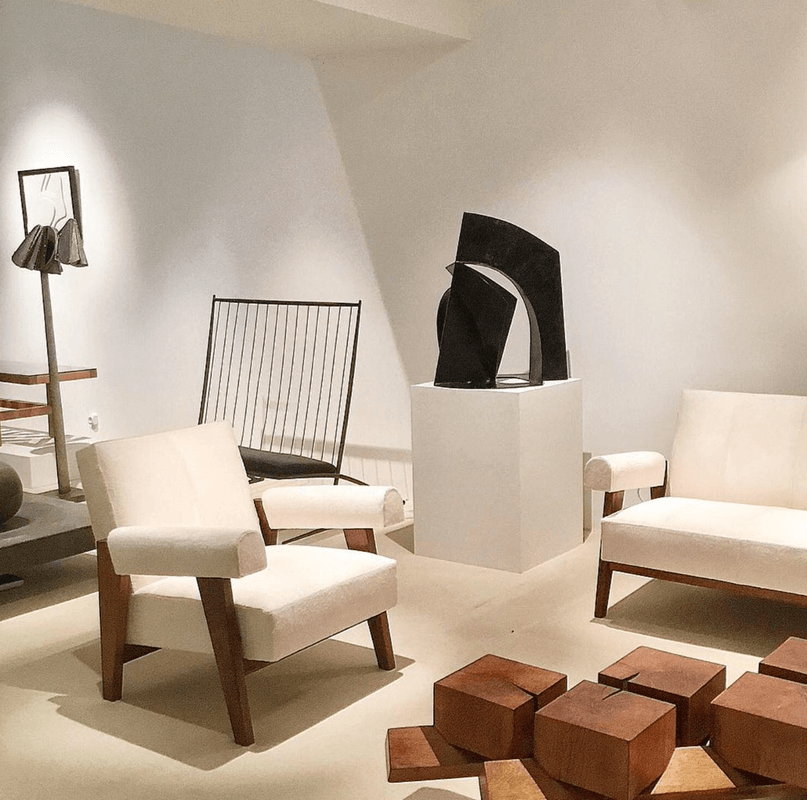 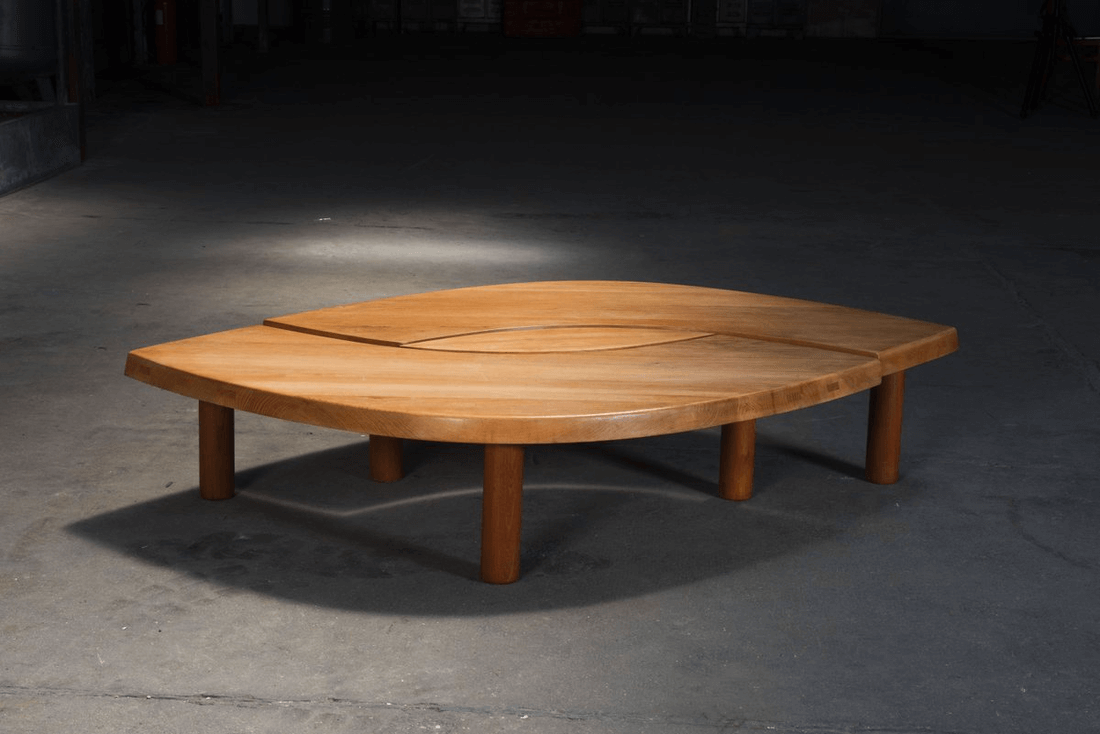 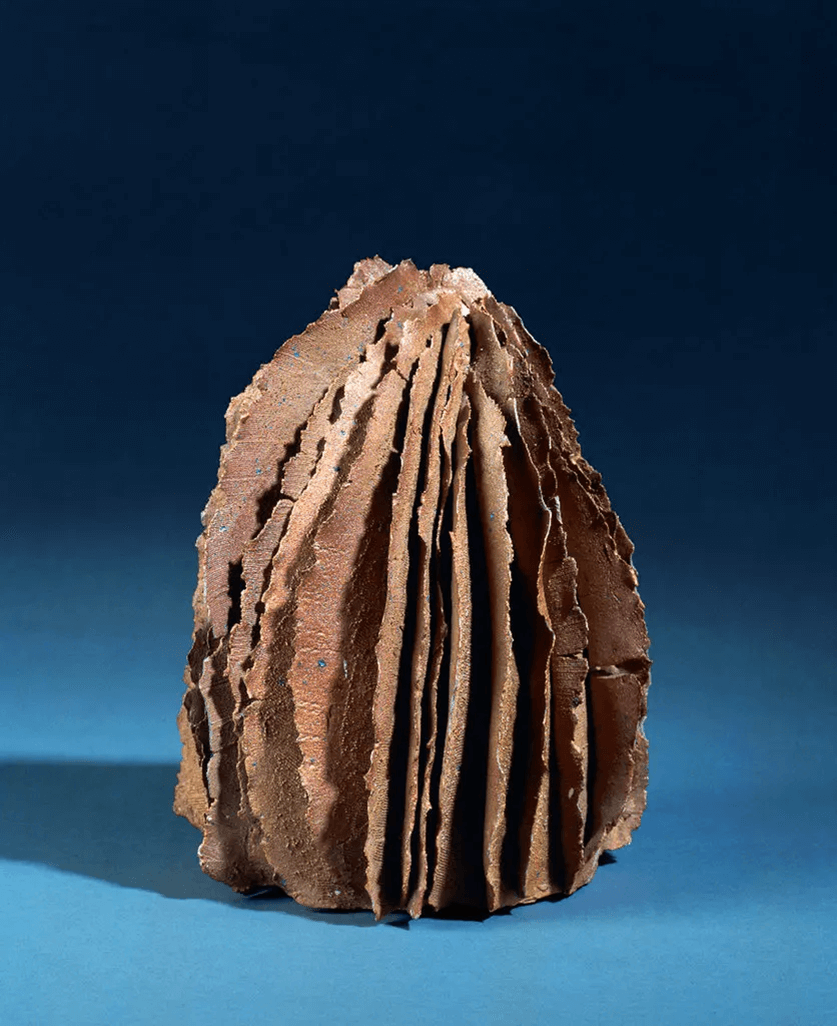 Sculpture in Stoneware, by Solange Garotte from La Brone 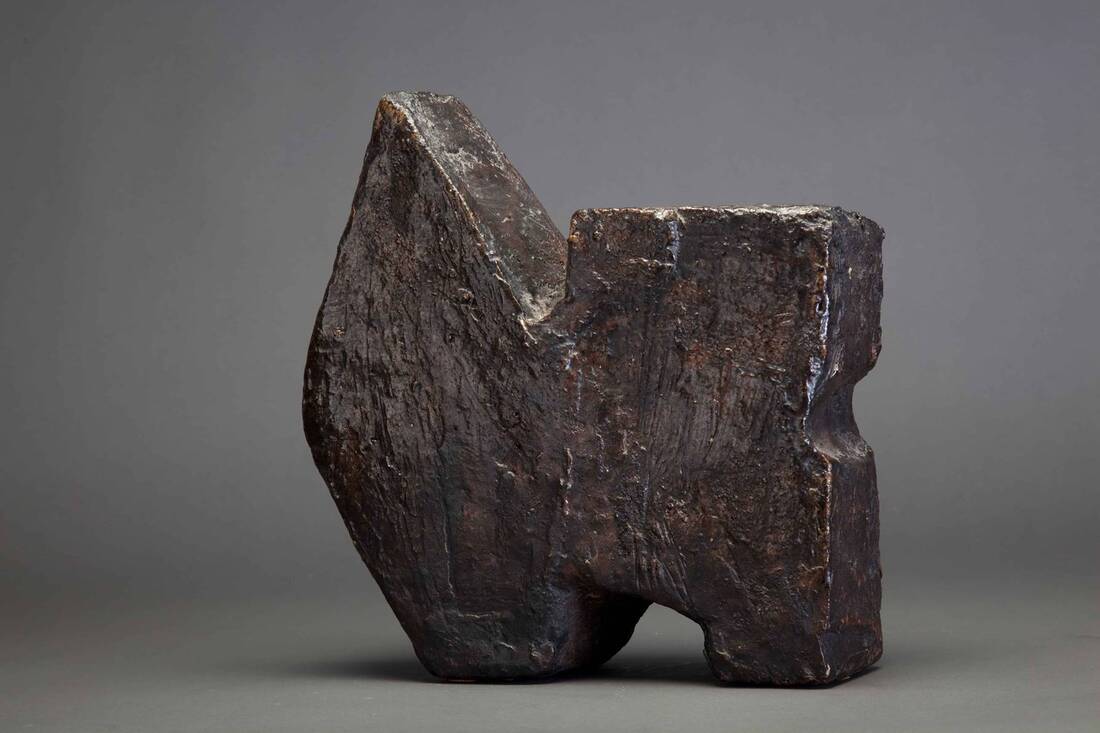 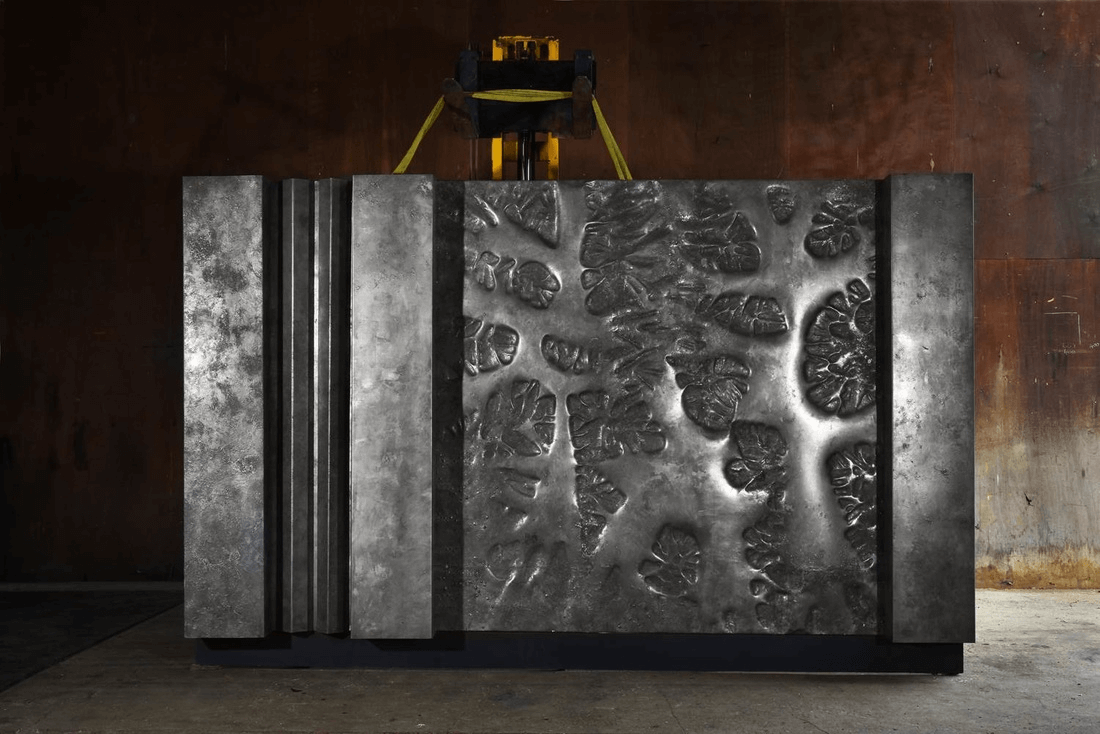 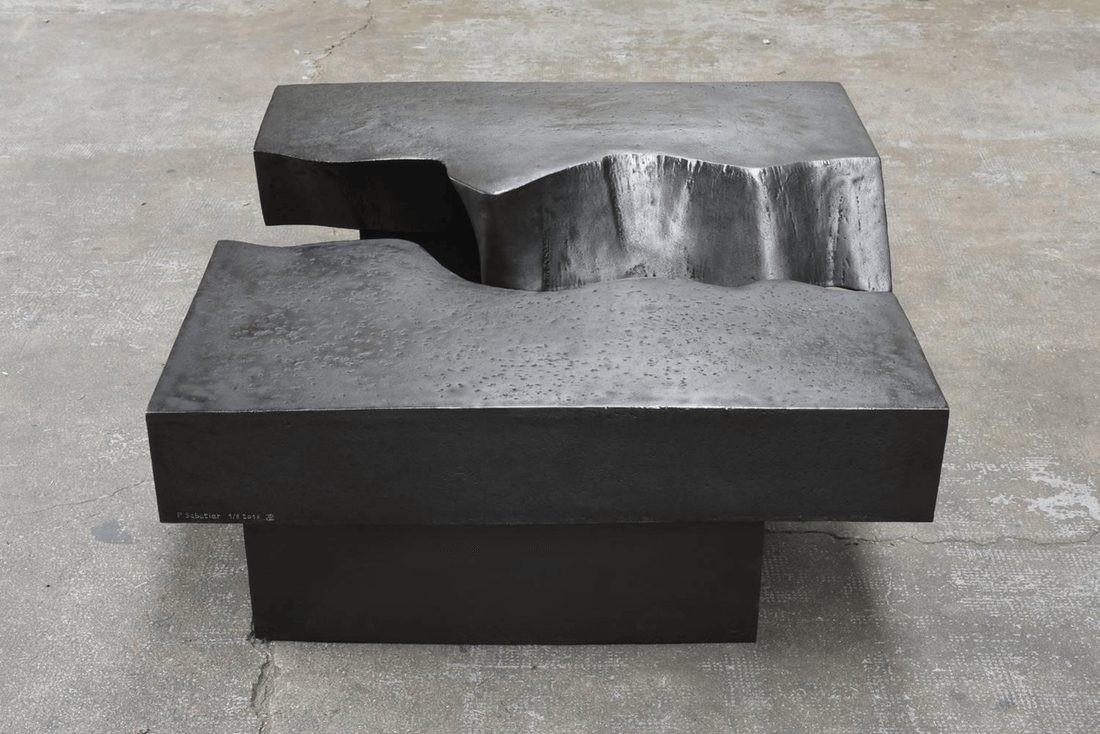