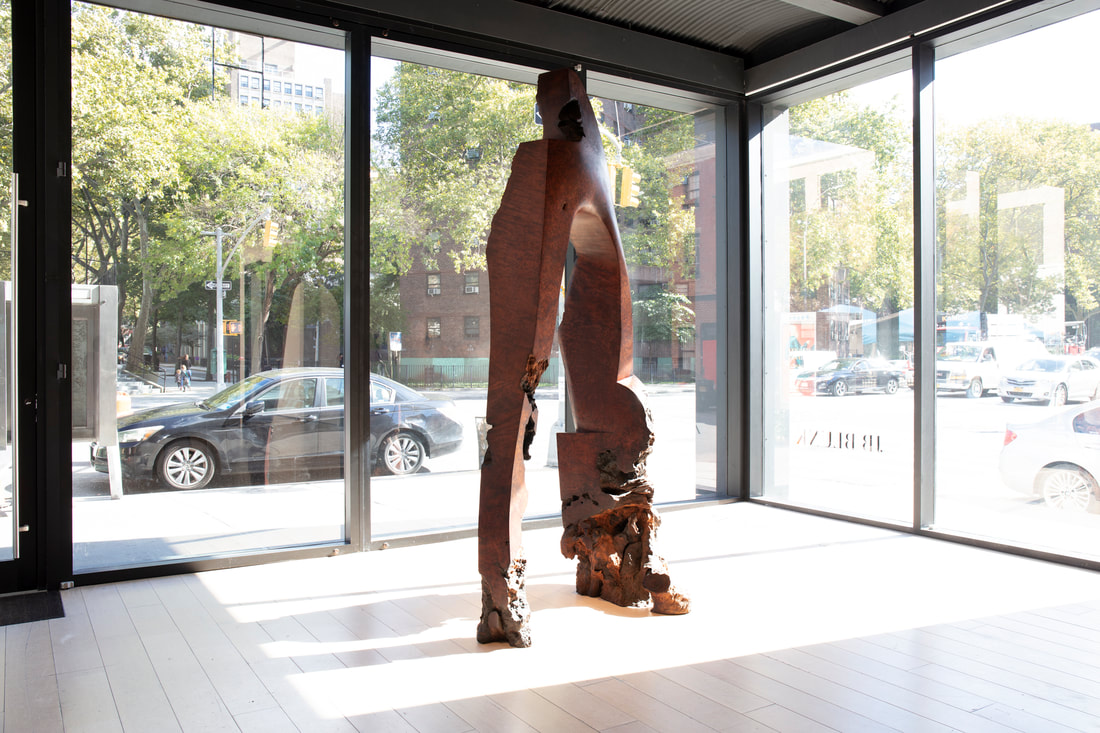 Powerful, Expressive, Sensual, Moving, are the words that come to mind when describing the work of American sculptor JB Blunk (1926-2002). The pieces included in the new solo exhibition at Kasmin, furniture, sculptures, plates, embody all of these qualities.

Until a monograph on JB Blunk was recently published, he had remained a mystery. Creating masterpieces in stone, wood, and clay, including jewelry, furniture, along with sculptures, he was largely ignored by those writing the history of American art and design. He lived in Northern California, loved Japanese aesthetics, and cherished Zen Buddhism. ‘His courage and independence,’ his friend and mentor Isamu Noguchi said about Blunk, ‘is typically California, or at least Western with a continent between to be free from the categories that are called art.’ In the monograph, we learned that the two met in Japan, where Noguchi introduced him to potters of the Mingei Movement, where Blunk had apprenticed in unglazed stoneware tradition. During his four years in Japan in the early 1950s, he developed the passion for the wabi-sabi approach to wood, and for the intimate relationship between man and nature. It was here that his vision and language were shaped.

The exhibition at Kasmin, the first solo show of JB Blunk in New York, includes work in wood, stone, and ceramics, demonstrating his distinct and expressive style, which was influenced by what he saw in Japan and by his keen interest in ecology and primordial landscapes. Taking forms from antiquity and mysticism and translating them instinctively through raw, salvaged materials and particularly reclaimed Redwoods, Blunk produced a body of work that represents an innate expression of, and conversation with, nature. He lived fascinating life, pioneered the so-called “back-to-the-land” movement of the 1960s, and was one of the first artists to be described as a “California Craftsman.”

On view to November 7, 2020 at Kasmin. All images, courtesy Kasmin Gallery. Photography of installations and objects by Diego Flores. 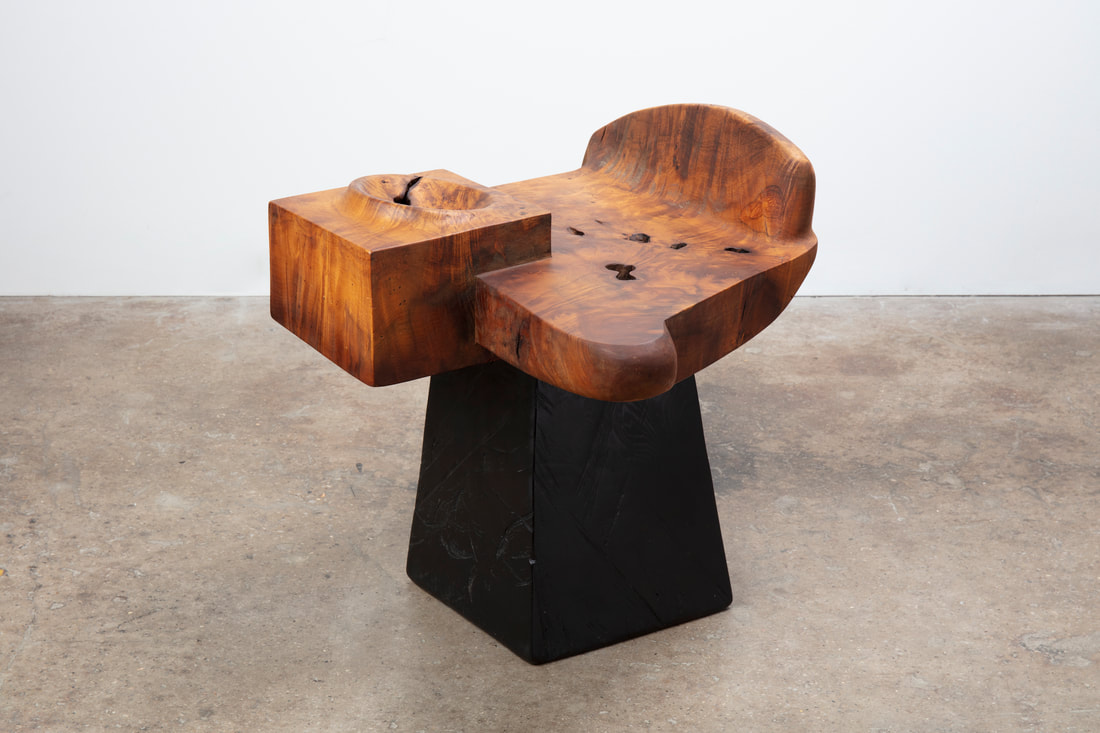 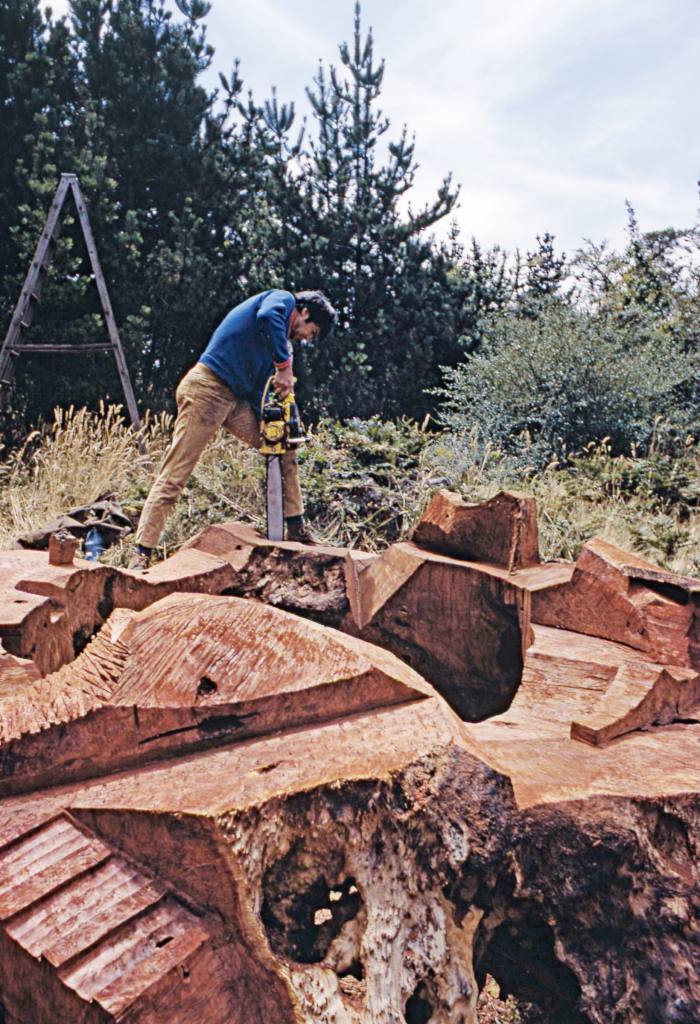 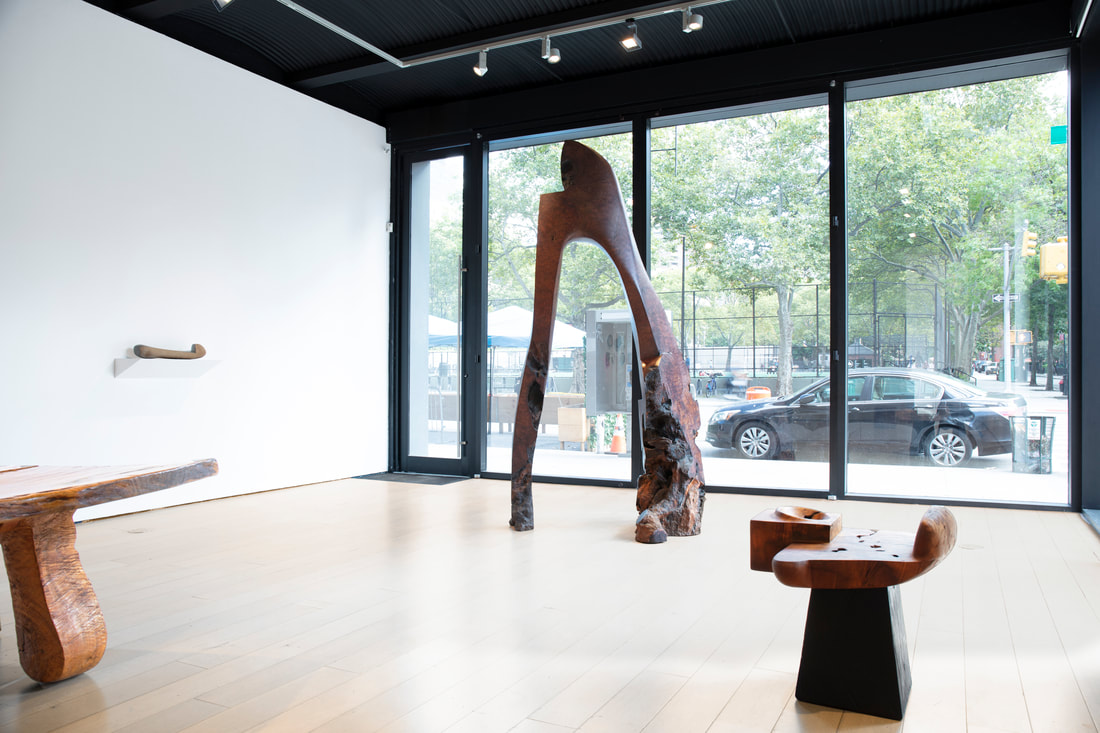 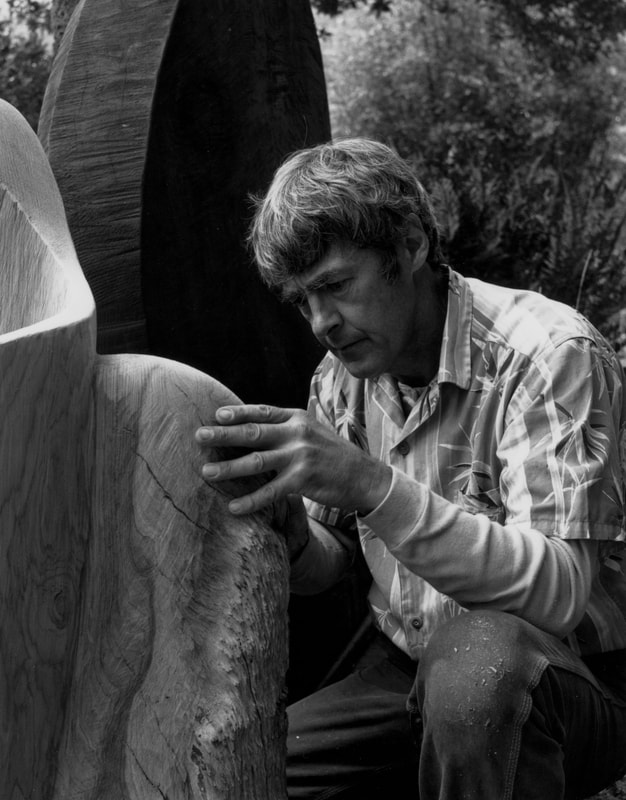 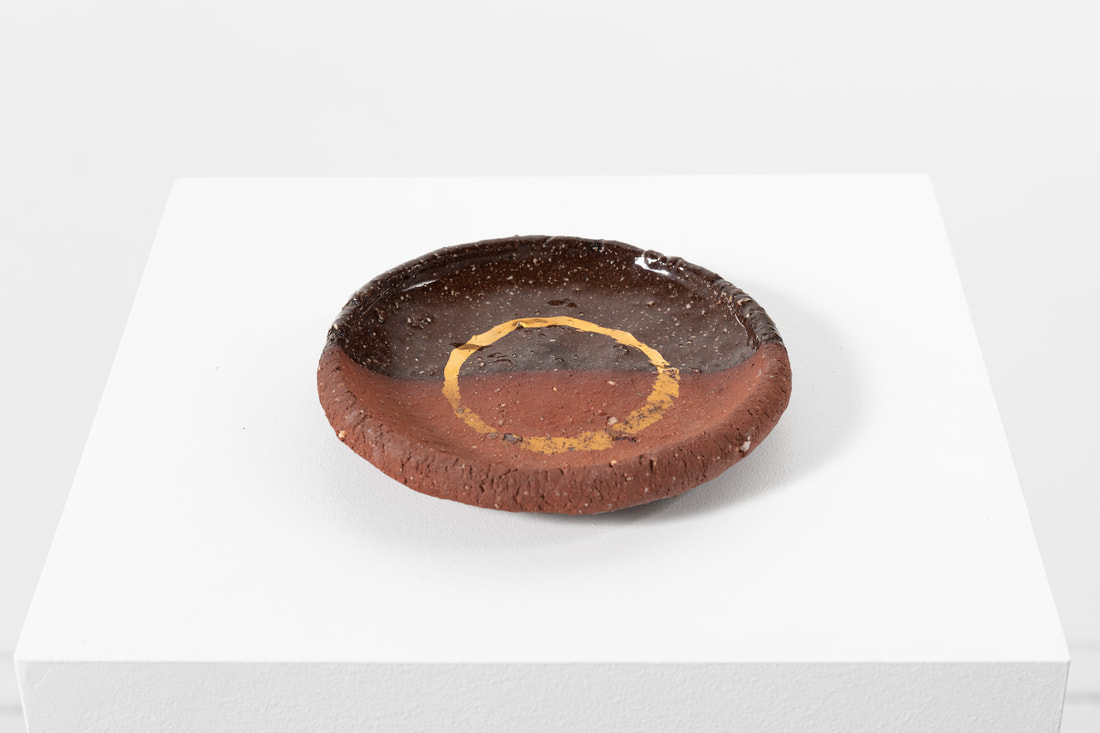 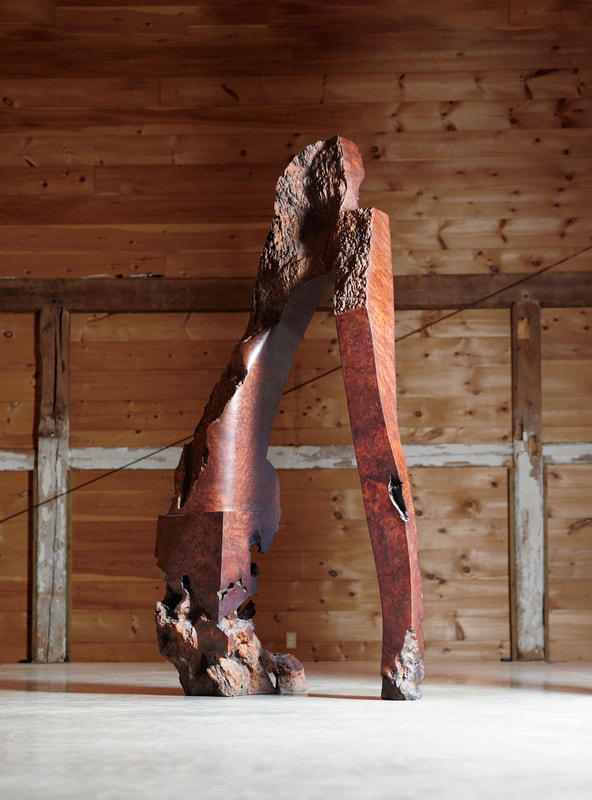 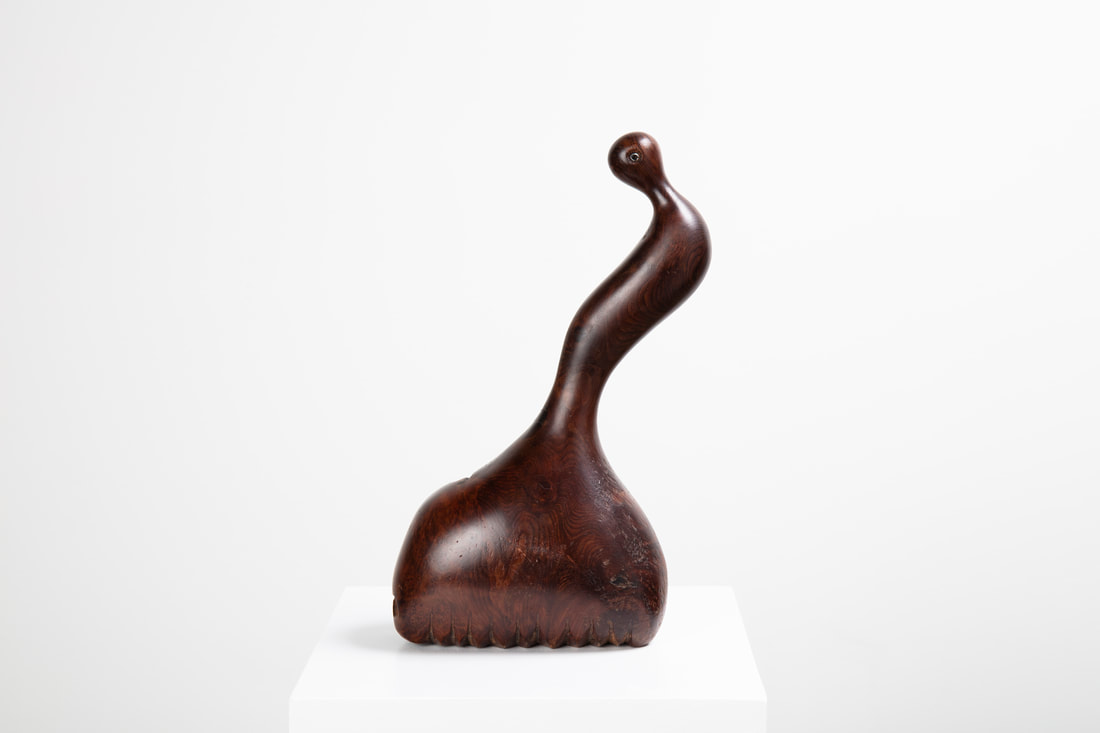 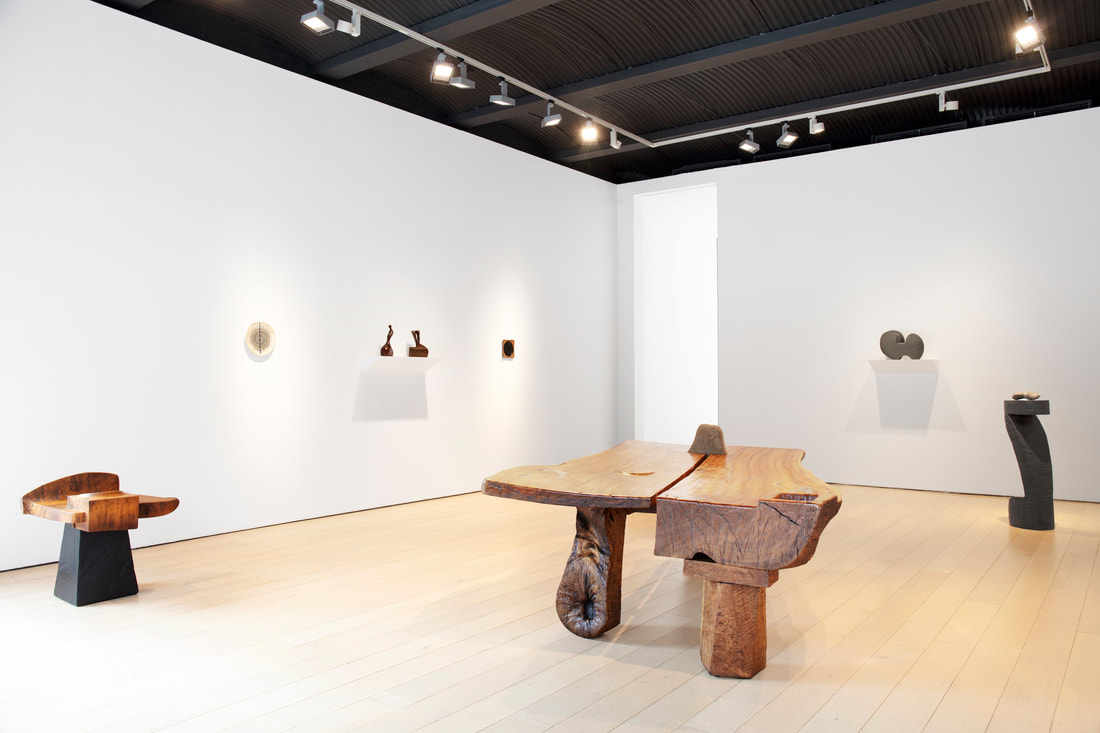