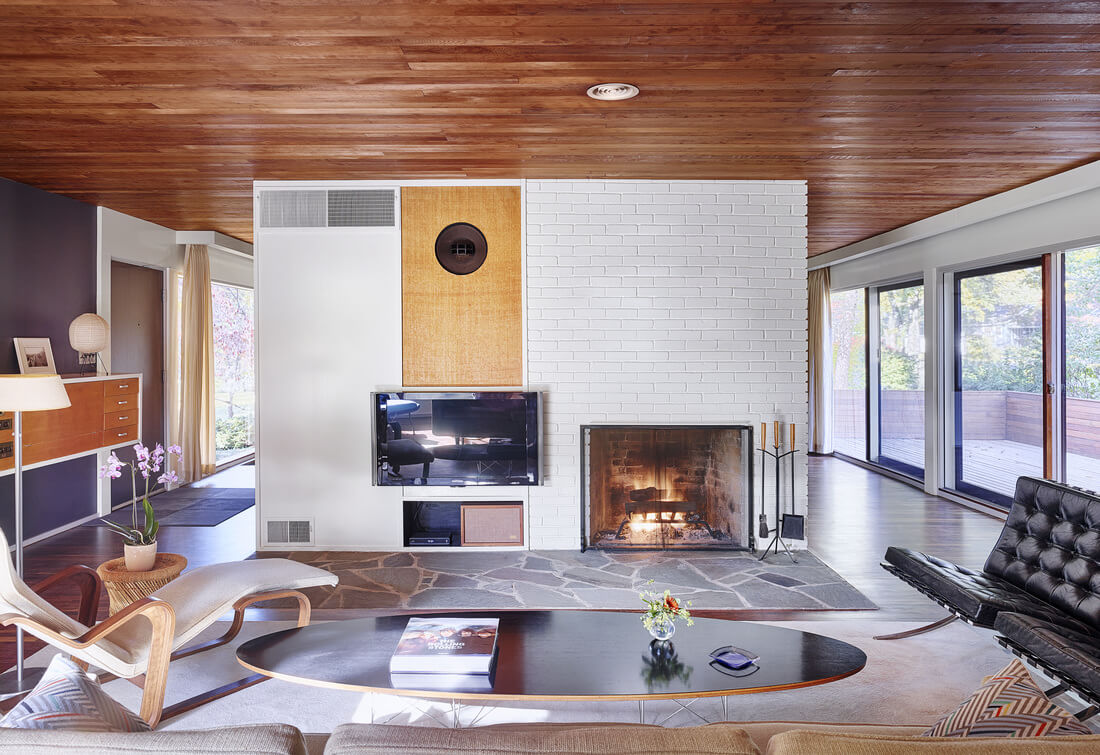 Since immigrating to the US in the 30s, Marcel Lajos Breuer (1902 –1981), the Hungarian-born modernist, and one of the most prolific figures in the Modern Movement, who started as the youngest student of the Bauhaus, designed mid-century jewels that came to spread the mission and taste for Modernism in this country. Now, one of his most charming houses, the Snower Residence in Kansas City, is on the market for sale. Completed in 1954, the 1,776-sf three-bedroom jewel began when Robert and Marianne Snower wrote to Breuer after seeing his designs in a magazine, asking for an “exceedingly handsome” house; the couple lived in it for 60 years, until Snower passed away. It was purchased in 2013 and was meticulously restored to its original specifications and to its original blue and orange hues, and now, the home which still contains many of Breuer’s original custom furniture is offered for sale. 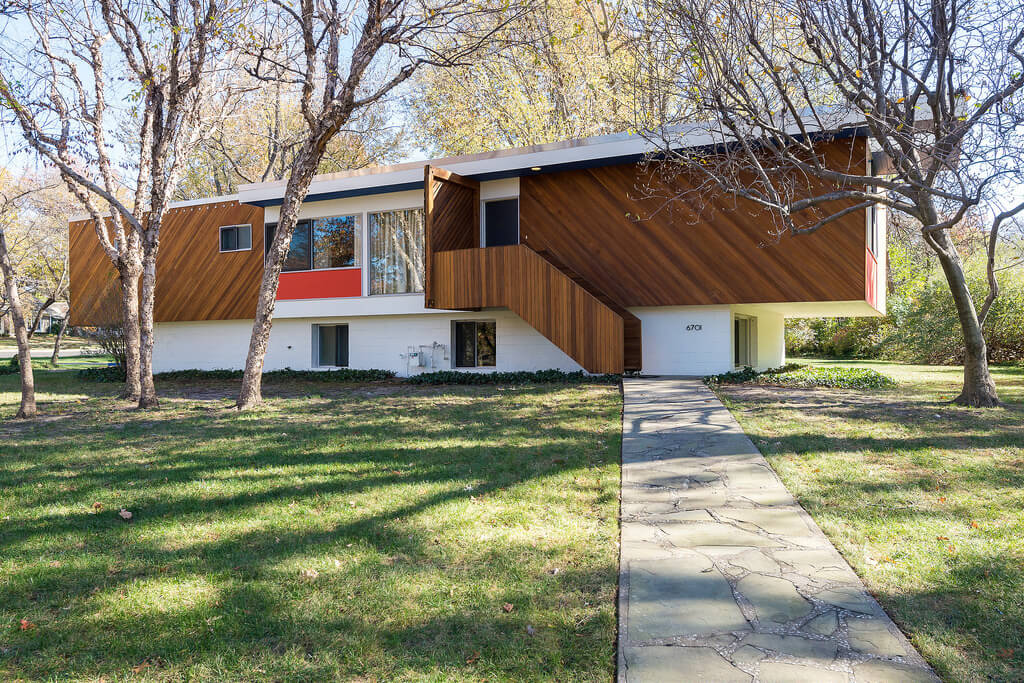 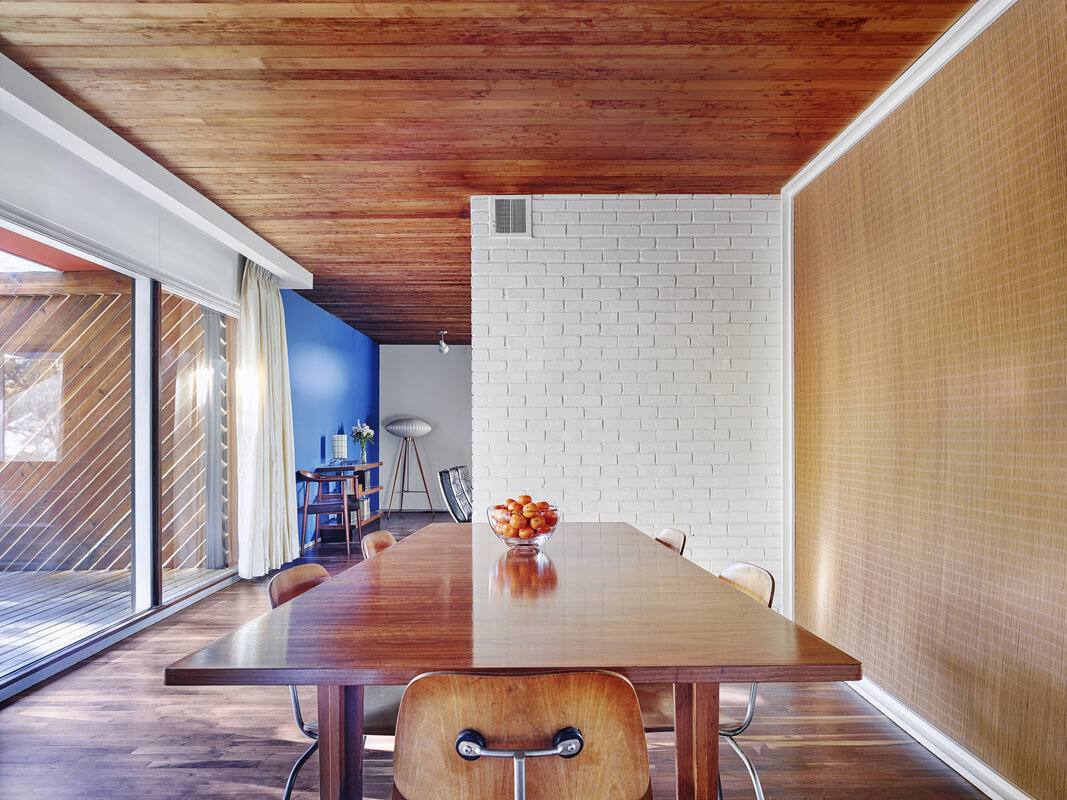 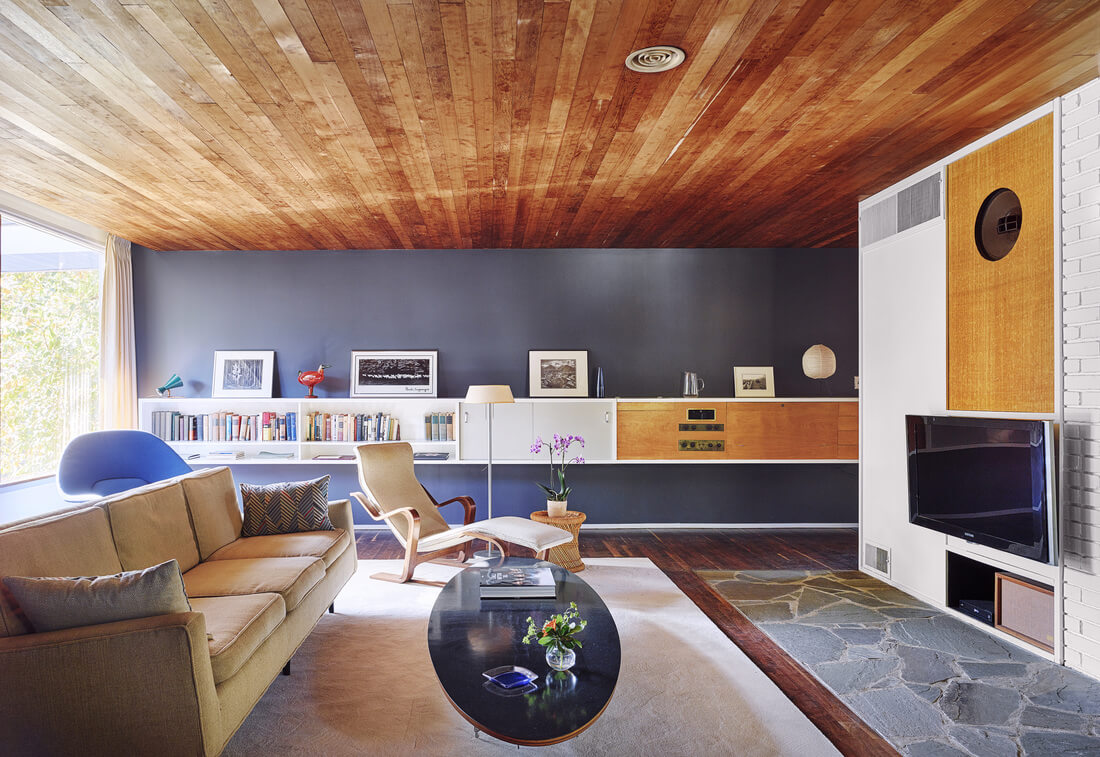 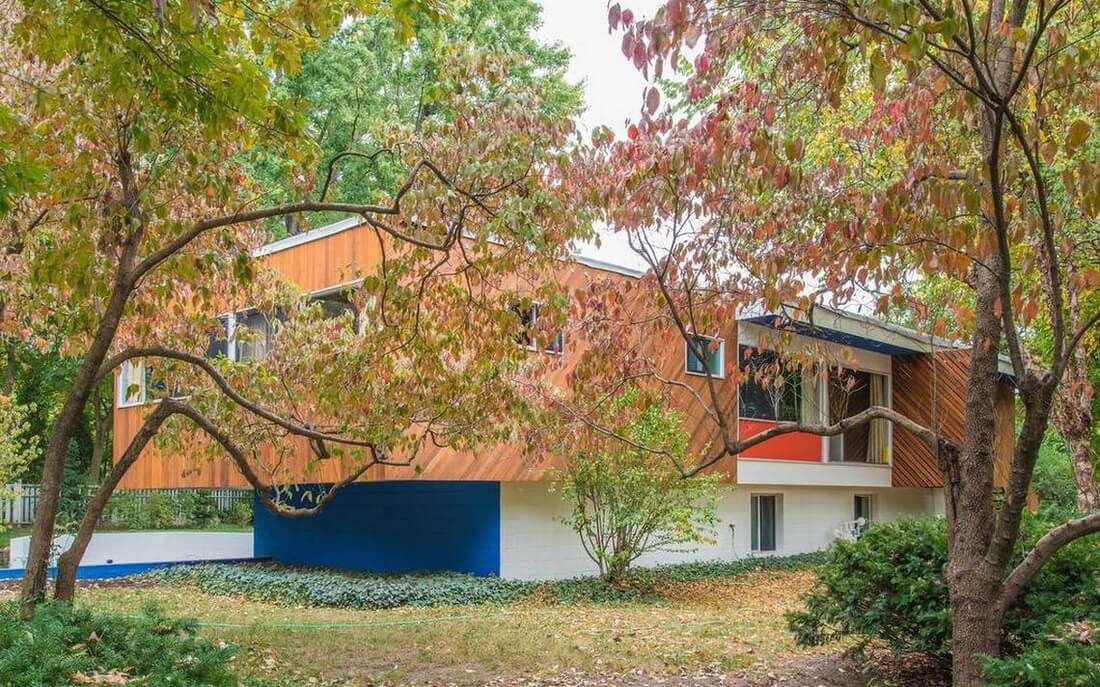 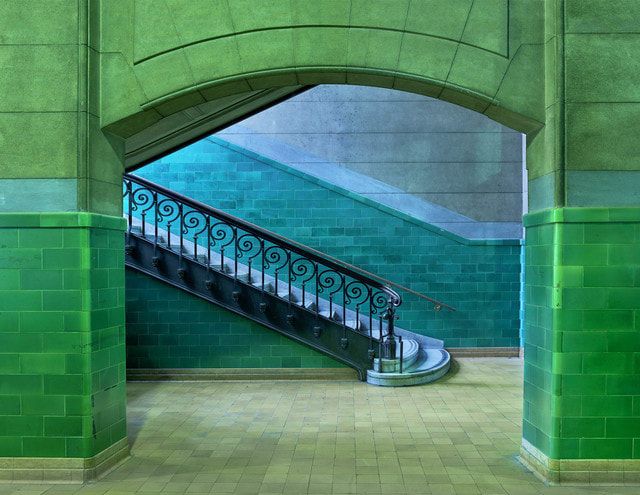 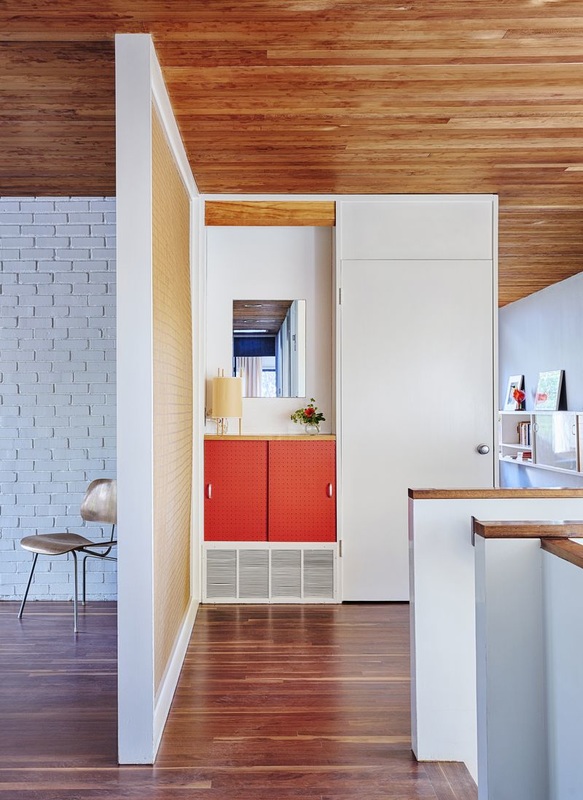