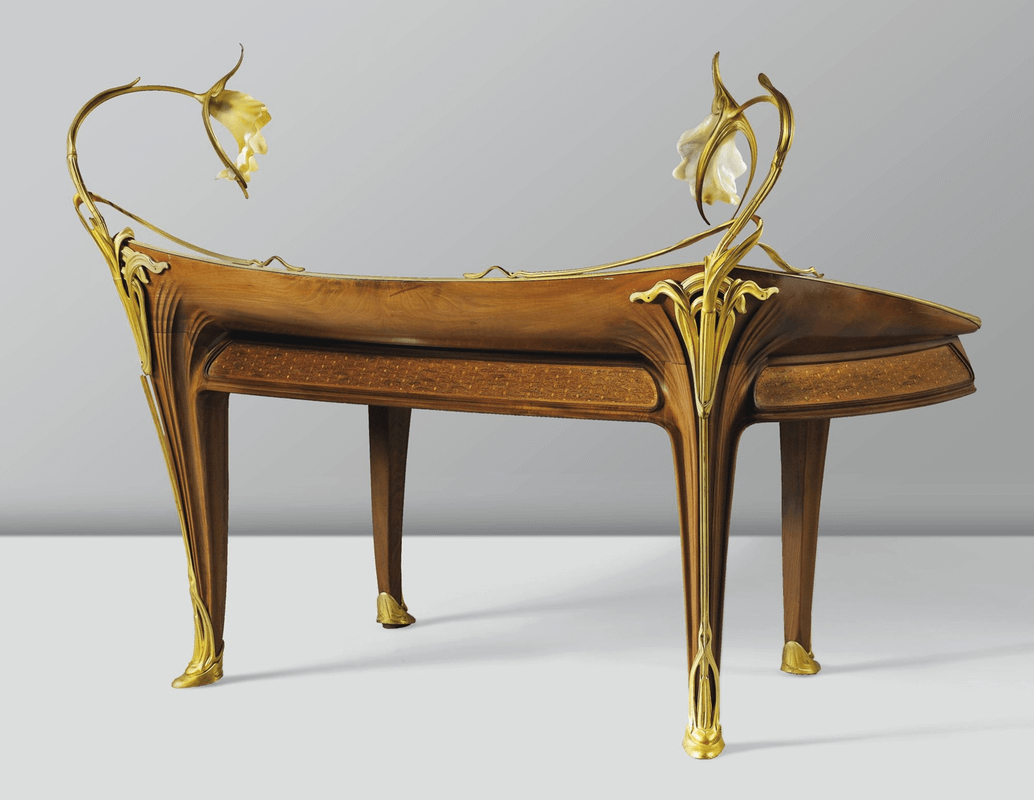 When inviting Benjamin Macklowe to speak about French Art Nouveau in the program Collecting Design this morning (online), he suggested to focus on formative figures who came to shape the essence of this prominent chapter in the history of French design. The three, Hector Guimard (1867-1942), Louis Majorelle (1859-1926), and Emile Gallé (1846-1904) couldn’t have been more different in their approach, vocabulary, and the contribution they made to the legacy of Art Nouveau, we learnt this morning.

French Art Nouveau was born within the premises of Siegfried (Samuel) Bing, who called the shop he founded in 1895 L’Art Nouveau. Here, the German-born dealer exhibited Japanese objets d’art along with the most avant-garde decorative arts produced in Europe and the US, included works by Henry van de Velde and Louis Comfort Tiffany. This successful venture had come to define the exquisite taste of the day. In 1898, Bing started his own production enterprise, and hired young talented designers to created objects crafted in metal, ceramic, leather, and wood, all conceived in the new, modern style. While Art Nouveau is often being defined by stylistic characteristics, when Macklowe analyzed the work of the three masters, the regional and personal characters became clear.

So how were these three prominent pioneers of design, Hector Guimard, Louis Majorelle, and Emile Gallé different from one another, and what did each contribute to the design culture of France, ca. 1900? Guimard designed furniture like an architect; Galle like a botanist; and Majorelle like a decorator.

Guimard was the master of abstraction. Known for creating the 141 entrances to the stations of the Paris Metro, itself completed for the 1900 World’s Fair, Exposition Universelle, he has a presence in the collection of MoMA. Immediately when his critical reputation revived in the 60s, the Museum acquired work by his, including one of the entrances, for its early manifestation of modern design. Nothing in Guimad’s language was taken from the past, he was able to simplified nature in his own personal voice

Emile Gallé, the botanist, was an artist and designer who established an empire of art glass and furniture, also known as the founder École de Nancy. He was progressive politically (founded the Université populaire de Nancy, offering university-level classes to workers; and was the treasurer of the Nancy branch of the Human Rights League of France), and in his work in  art glass, particularly the Marquetry glass (below). However, when it came to furniture,  his language was as traditional as the methods of production.

Louis Majorelle designed furniture like a decorator. His pieces were always  flamboyant, artistic, complex, and with strong references to the golden age of French decorative arts of the 18th-century. His language, while based on nature and history, was fundamentally original and fresh, and his business was enormously successful. Majorelle’s collaboration with the glass maker Daum Nancy was fruitful and resulted in some of the most magical lights in the history of design (below).

Three founding members of French Art Nouveau, each forged their own paths with visionary expressions and business enterprises into the pantheon of design history. Thank you, Ben Macklowe, for contributing to the program Collecting Design at the Center for Architecture/AIA, and for highlighting the allure of that era. 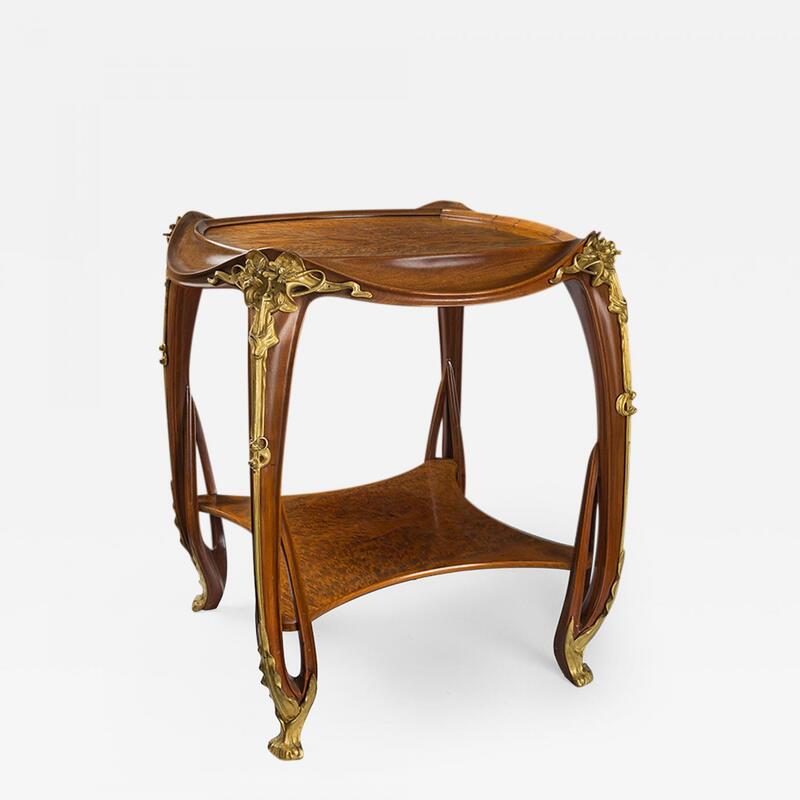 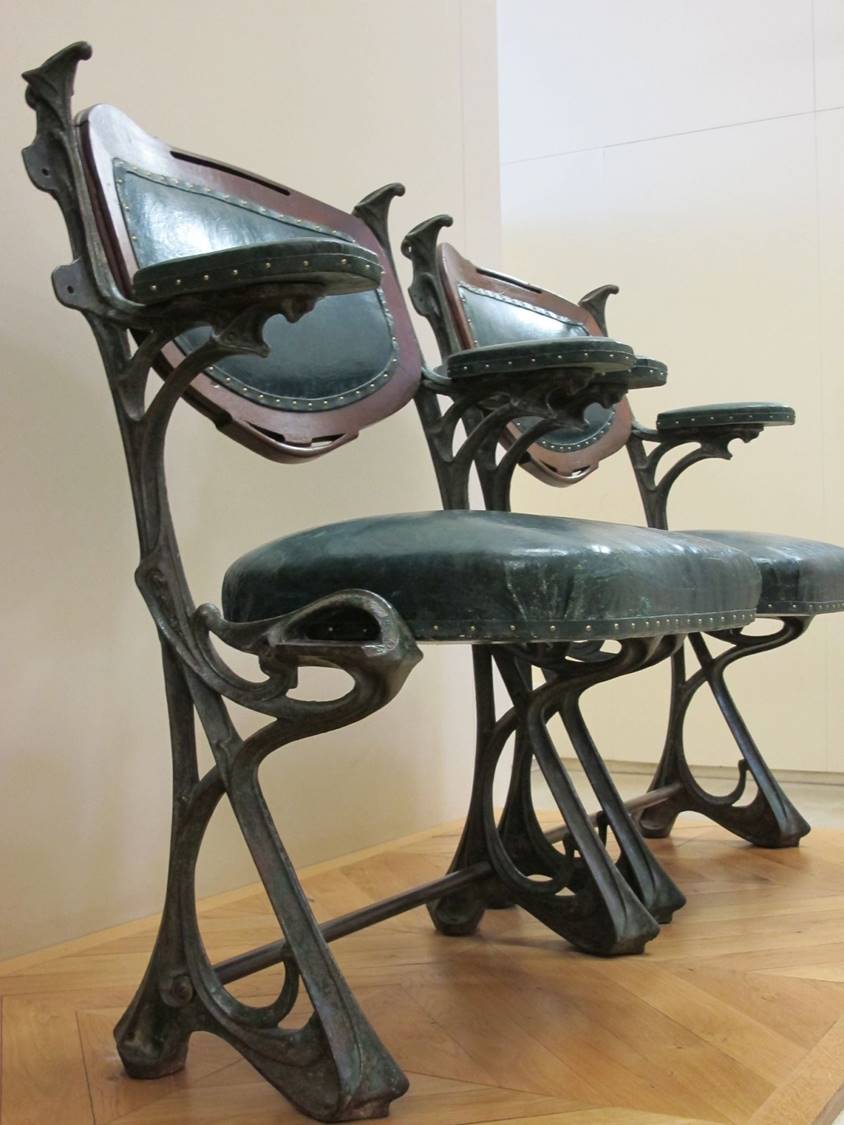 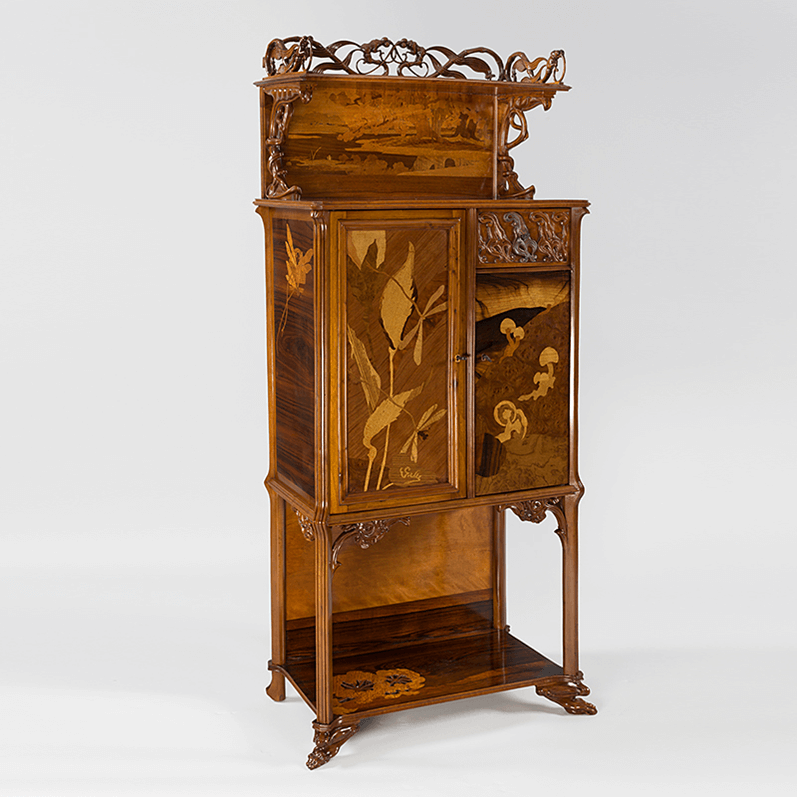 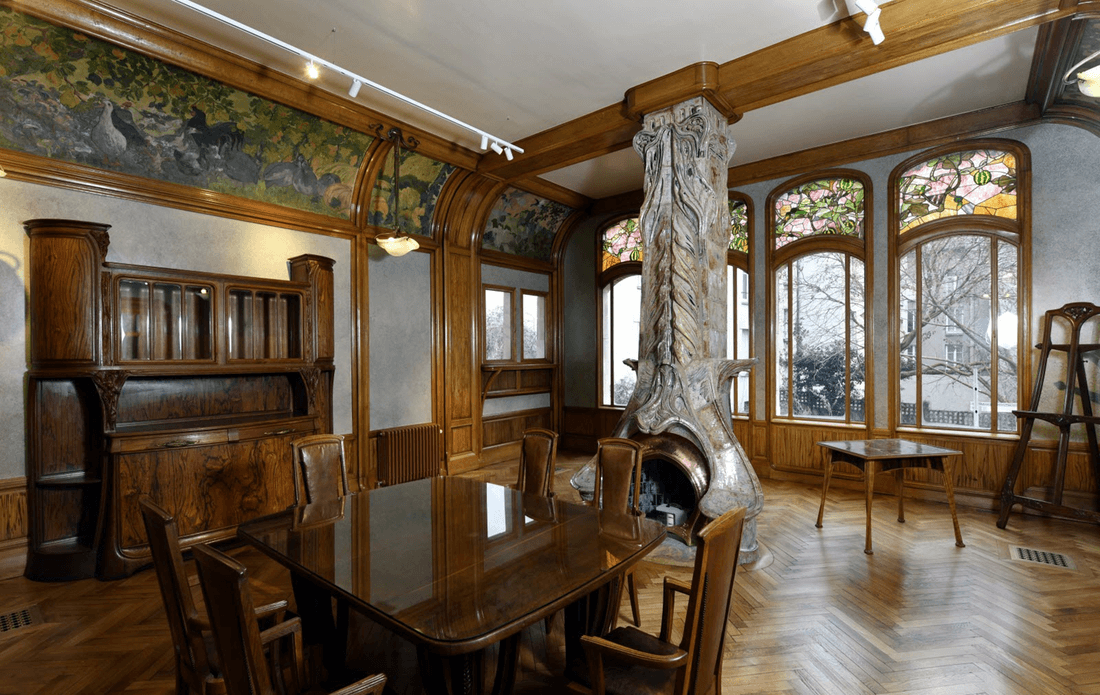 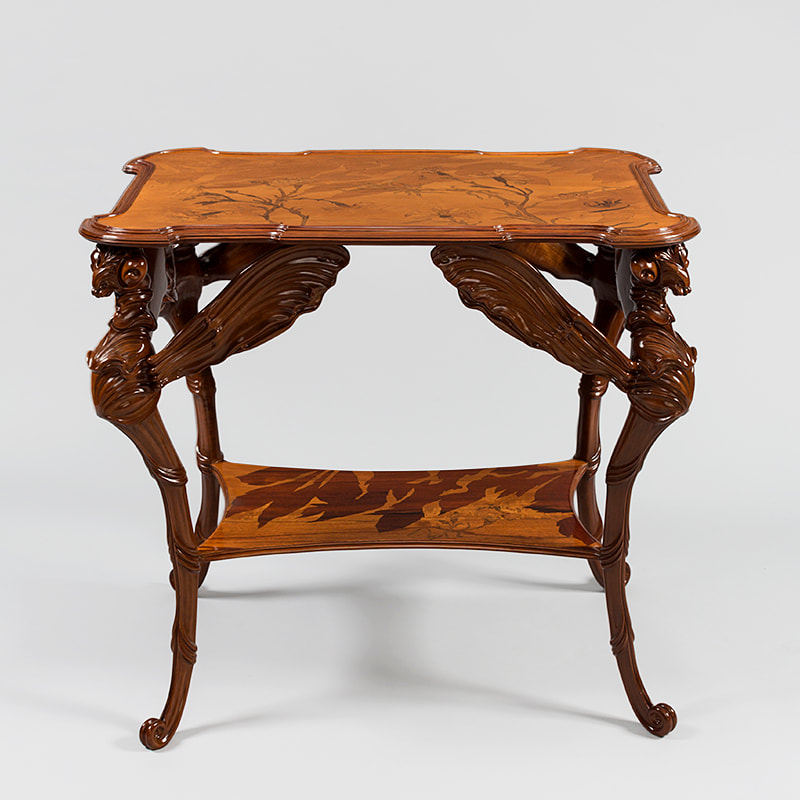