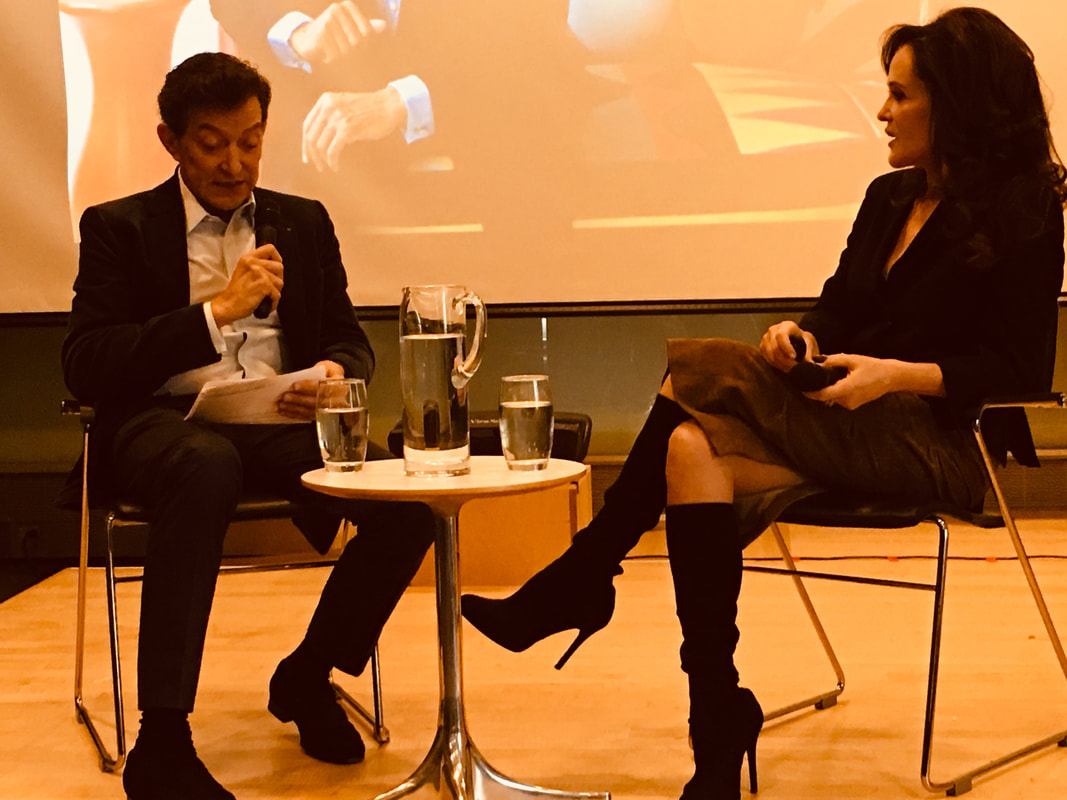 My introduction to the talk : Taste, Design, and Influence: David Gill in Conversation with Daniella Ohad at the Cooper Hewitt National Design Museum today.

David Gill is one of the most influential tastemakers in the global world of collectible contemporary design. He has been instrumental in formulating that market, and in establishing the movement which promotes the notion that design is beyond its functionality, that design equals to art. But David’s London gallery is much more than a magical Temple of Design, or a Jewel box showcasing dazzling objects of the ultimate refinement. It is also more than a hub of the avant-garde.

David Gill Gallery is where we learn about the intellect of design. We learn that handicraft has moved to the 21st century as a tool in the service of concepts. We witness the highest level of ambition and imagination that design today can achieve. We learn that there is such a thing as the most current expressions of design, and that understanding it is the result of an eternal quest. Inside David Gill Gallery, we realize that we should be open about our taste and perceptions, that we should consider the complexity when observing objects, because it is rewarding to understand the unexpected and the exceptional. It is the only way to shape a truly impeccable taste. We learn that design transcends the definitions and roles we often tend to attain it, that quality has layers and layers of measurement. And that design is as deep as the ocean, as high as the sky, in the words of Irvin Berlin. Because, at David Gill Gallery, we see the zeitgeist, the spirit of our age, and we can identify the essence of the contemporary.

This event comes to celebrate a new book: Designing Art. It tells David’s story from the childhood in Zaragoza, the capital of Aragon in North Eastern of Spain. It follows his life journey from the banks of the Ebro River, to the forefront of the world stage. The interest in fashion and style was born there, at the small dressmaker shop at the local cinema. This book is about a passion for taste and about a path of developing the vision and eye that take to recognize the great. Every step in this extraordinary journey has been groundbreaking. When the entire world went minimalism and sleek, he went neo-romantic, tribal, and Baroque; when the entire world forgot about the interwar talents Jean-Michel Frank and Jean Cocteau, he highlighted their achievements in his gallery; when the entire world bought furniture in stores, David began producing objects in limited editions, elevating furniture to the place of works of art.

I am calling what you present at your gallery privileged Design. Privileged because of the guidance, the advice, the mentoring, and support that all of your artists are privileged to receive. Sebastian Errazurez says that David’s guidance has put him on the road to the truth.  “We talk high brow art, design and aesthetics,” he told me. “But working with David makes you much more vulnerable to seeing the truth in all of your surroundings. To Mattia, he has been that companion whom every artist dreams to have, that special soul with whom he has gone hand in hand throughout the journey of his magnificent career. “Always fun and never afraid to turn fantasies into reality,” he told me. To Michele Oka Doner, David embodies the elastic vision, elastic meaning stretching limits. And to FS, David Gill has been not only a true supportive gallerist, but also a true friend, who supports, encourages, advises, and suggests, but never dictates or demands. He is able to open your eyes to things that may have been there all the time, but that you never really saw before. David is their family. 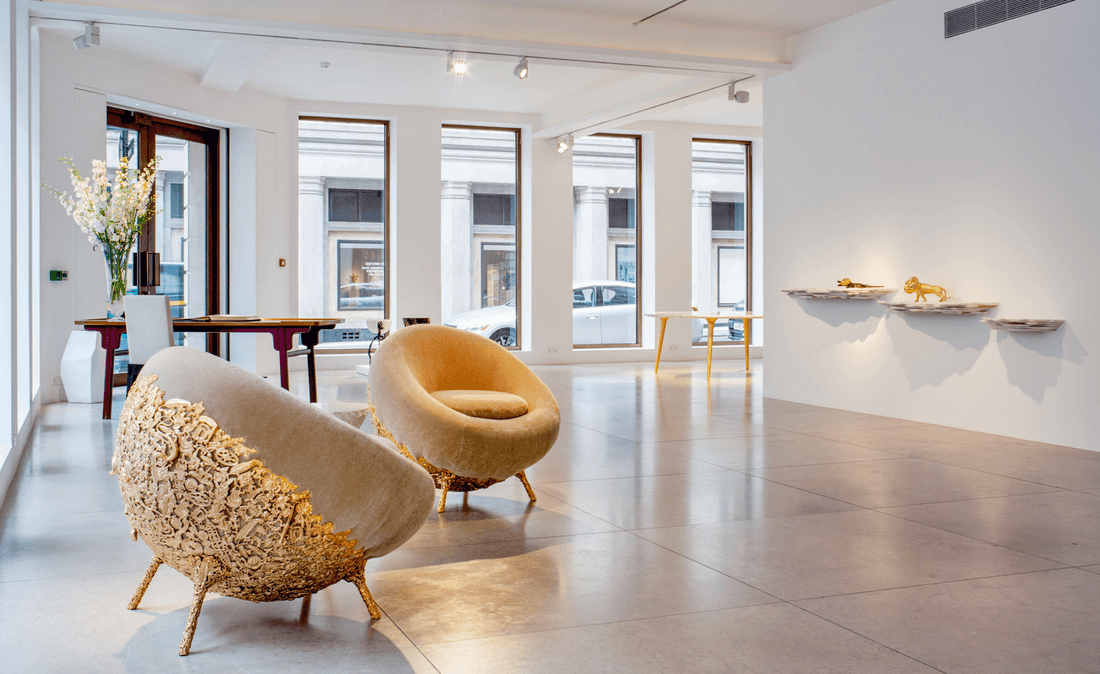 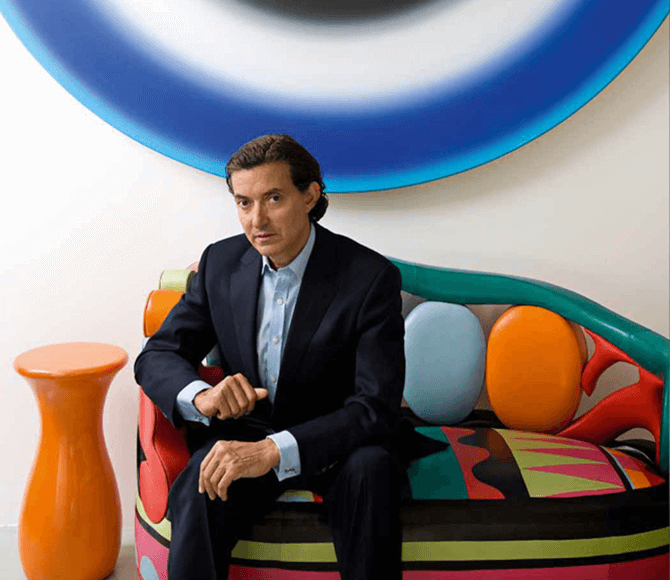 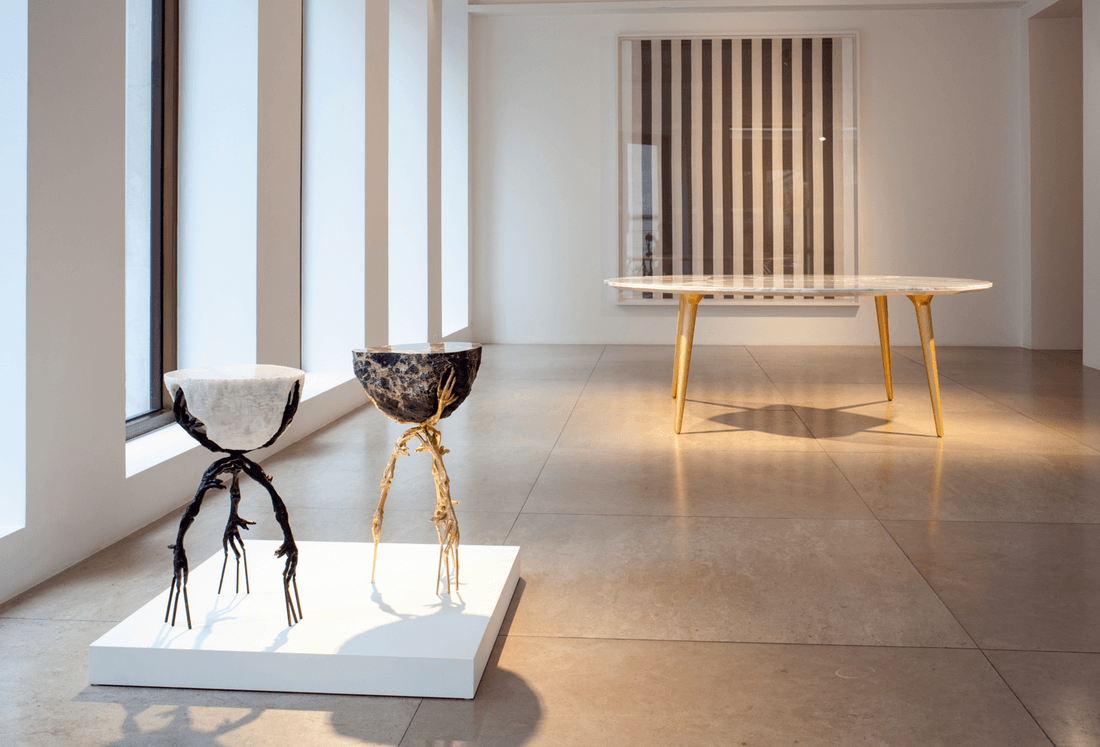 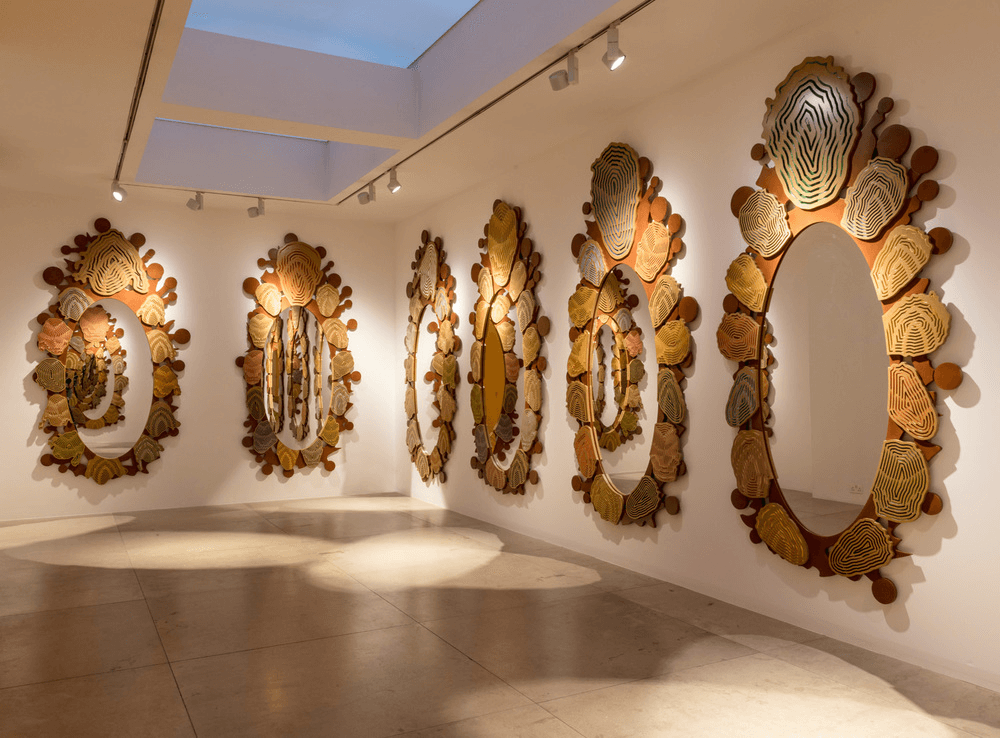