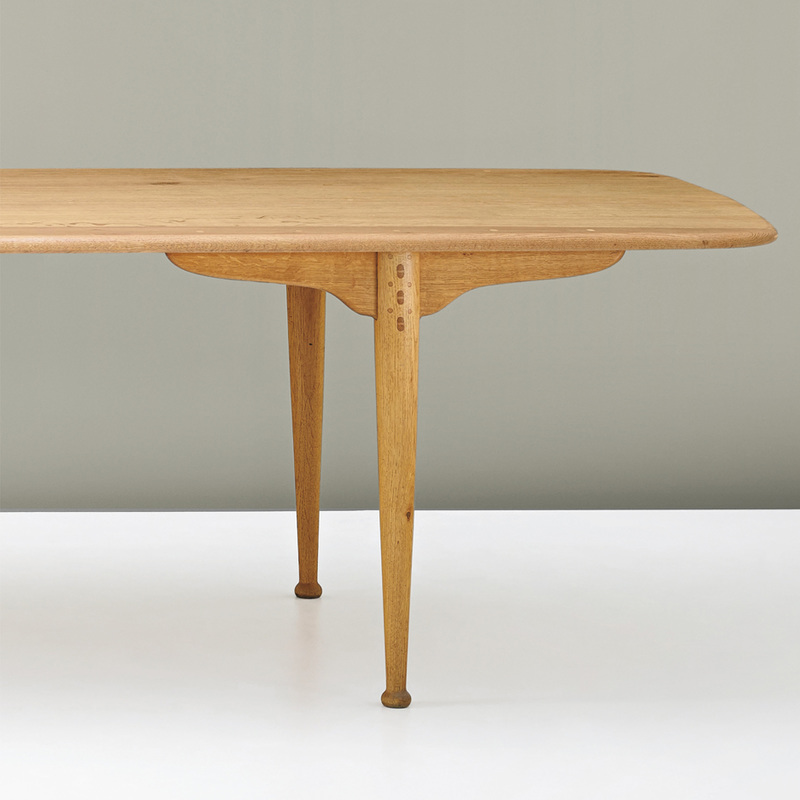 Peder Moos (1906-91), the Danish furniture designer/cabinetmaker who crafted furniture by hand in the mid-century years, is a new star, born in the landscape of collectible Nordic furniture. When his dining table (above), crafted in oak and maple, commissioned in 1952 by the lumber dealer M. Aubertin for their house, which itself was designed by Finn Juhl broke the world record for Nordic design, fetching $1.3 million at Phillips London last year, it has raised the interest in Moos’ furniture among collectors and those interested in design. While Nordic furniture is known for the simplicity of lines and forms, neutral and quite image, and for the love of machine-made production, Moos presented an unusual philosophy, when crafting art furniture in unconventional, often surreal forms, not always perceived as ‘good taste’ in his homeland. With the exception of one triangular coffee table, which was manufactured by Fritz Hansen, he produced all of his furniture himself at his studio in Copenhagen, and later in Funen where he moved in 1956 and where he taught at the School of Crafts (Den danske Husflidshøjskole) in Kerteminde. His education was rooted in craftsmanship when attending the ‘Department of Furniture Design’ at the The Royal Danish Academy of Fine Arts from 1935-1938. Training as a joiner and continued as a master craftsman, and a contributor to the ‘Cabinetmaker’s Guild’ exhibitions, Moos’ work will be discussed by James Zamaitis in my program Collecting Design at the New York School of Interior Design. 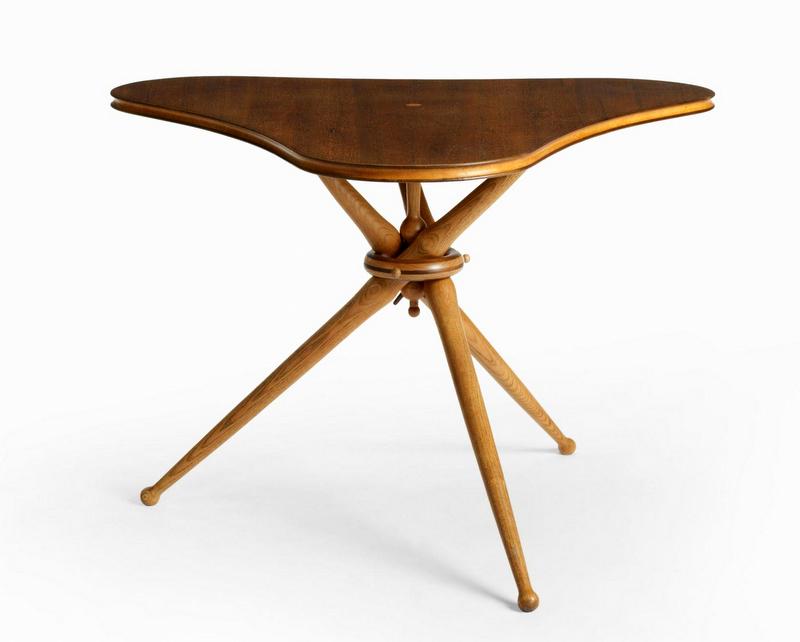 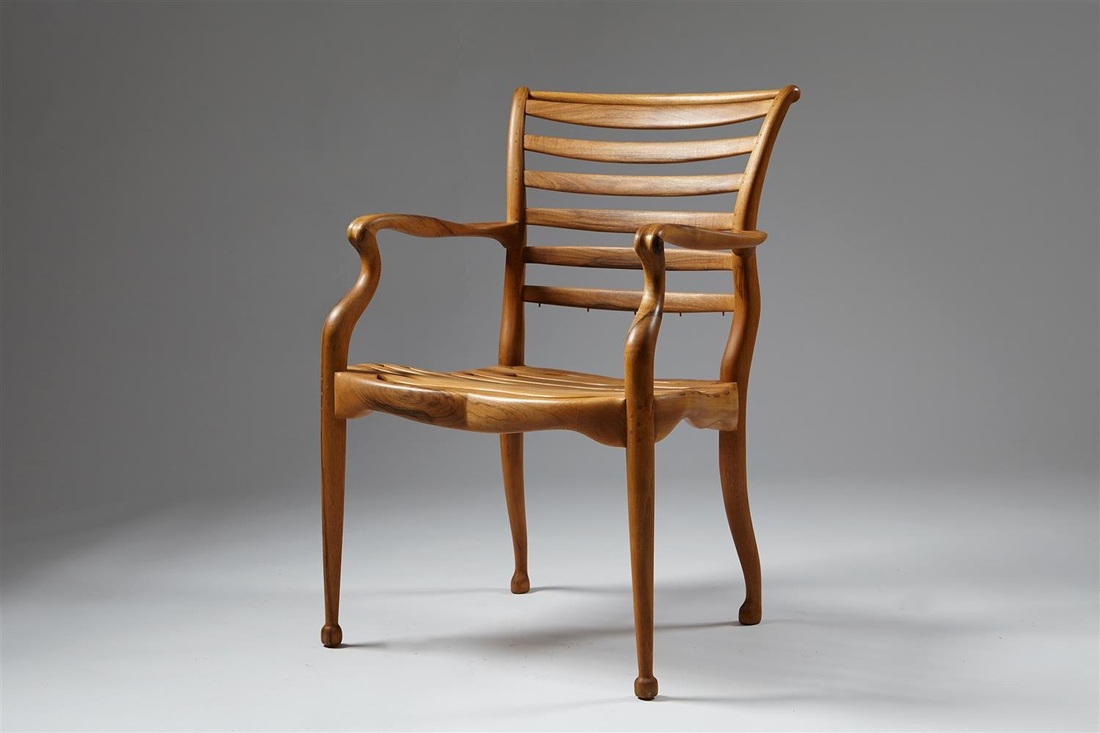 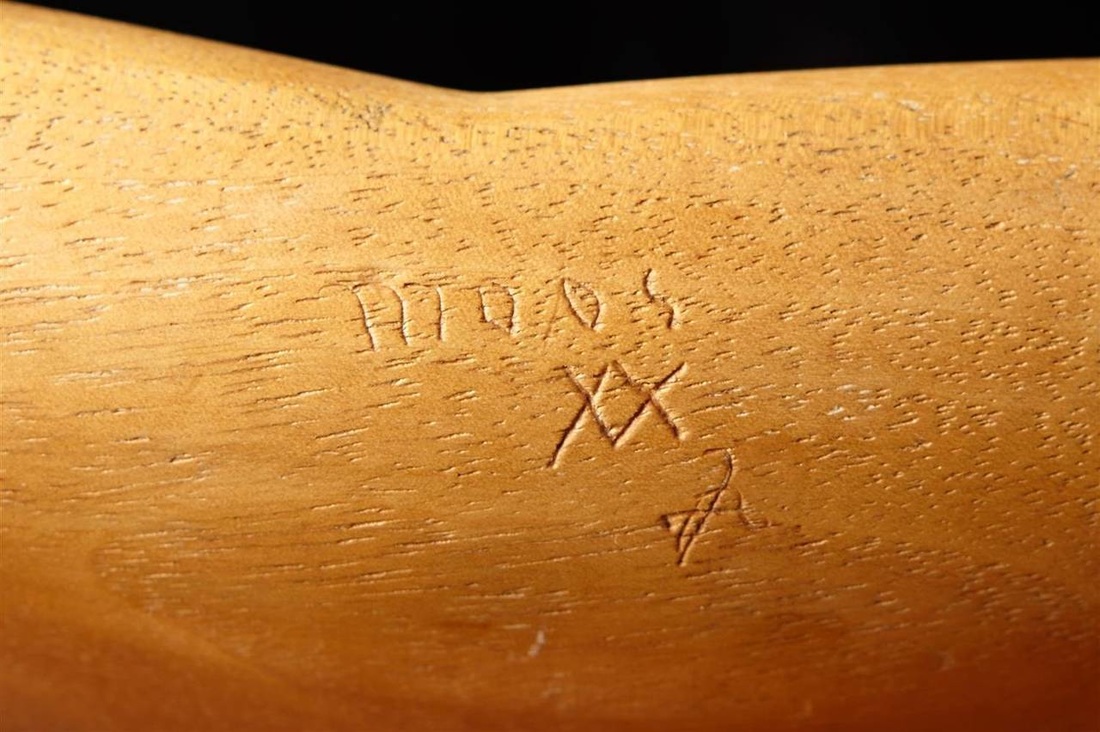 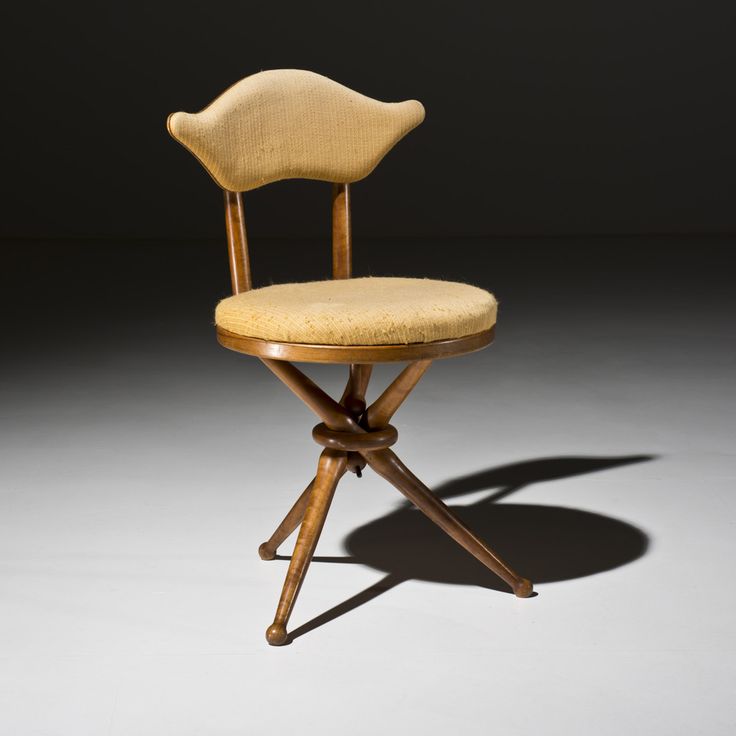 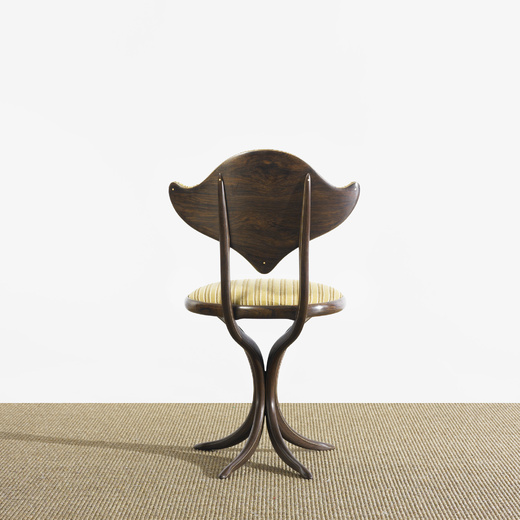 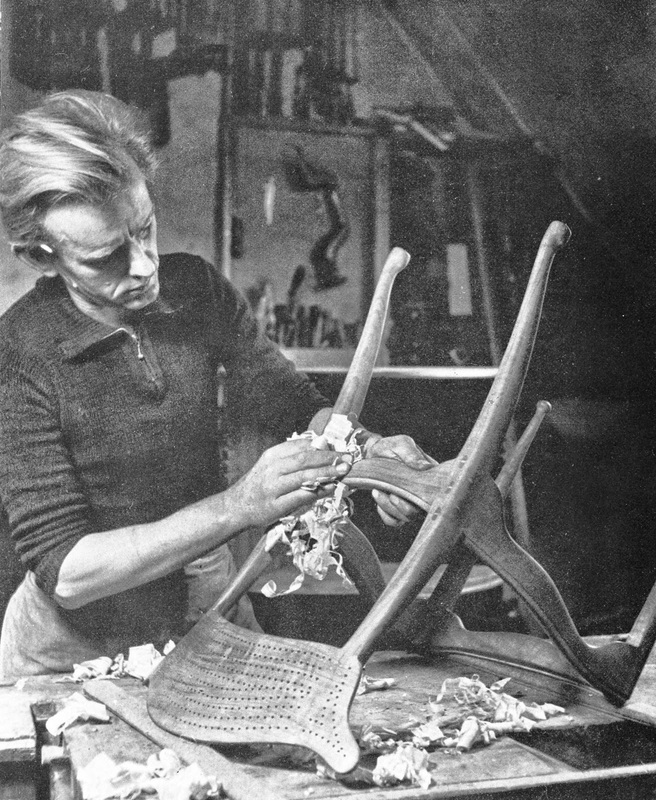