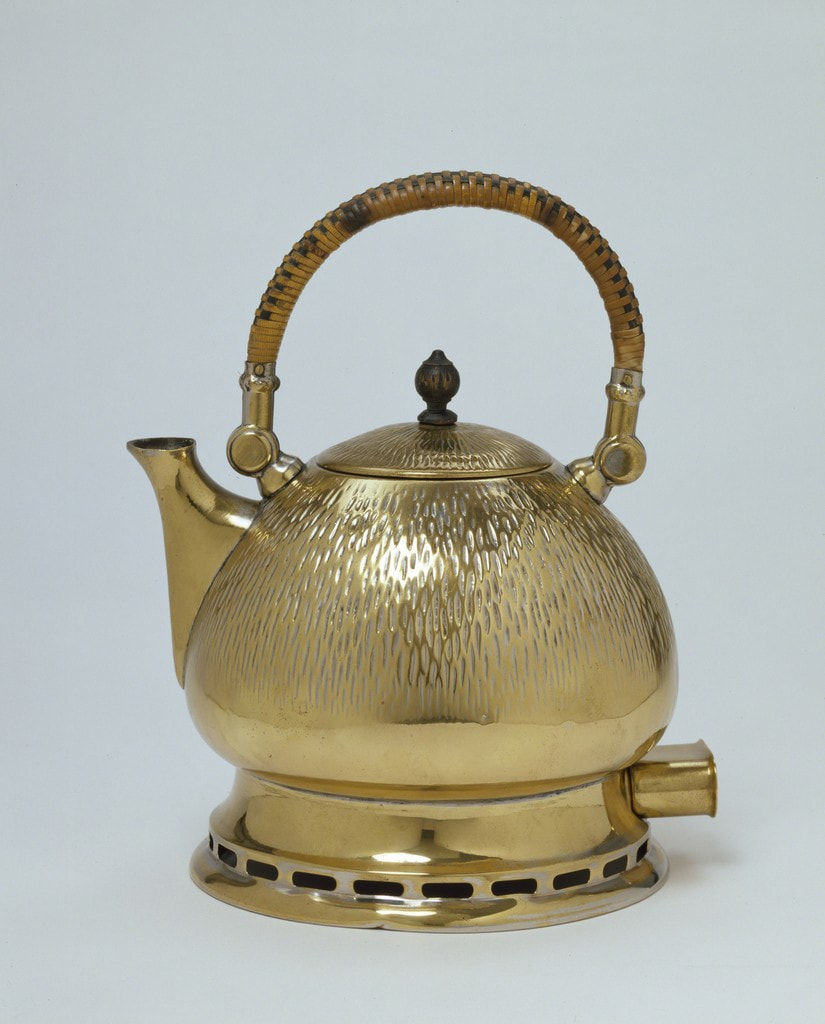 Let’s remember German architect and designer Peter Behrens (1868-1940) who was born 150 years ago. Today. Think about an architectural office in 1920s Berlin, where young Mies van der Rohe, Le Corbusier, and Walter Gropius, the trio giants of the Modern Movement, working under one roof as apprentices. During lunch time, once a month, the entire office was going on a tour, to learn the architectural heritage of Berlin, lead by the boss, Peter Behrens. He started his career as a member of the artist colony of Darmstadt in 1900, where he built a mountain-like house of green bricks (below). He then became a founding member of the influential national organization the German Werkbund, established in 1907, the same year, when he was appointed the artistic director of AEG. It is for this German producer of electrical equipment, that Behrens created an entire corporate identity, including the factory buildings and offices, its logo and promotional materials, and the products, including the famed electrical kettles (above). At the AEG he made history, and thus considered the first industrial designer of the type we know today. Yet, because of his appointment as the Head of the Architecture Department of the Prussian Academy of Arts in Berlin under Hitler, that his legacy was hurt and that he had lost his legitimacy as a leader of the German Modern Movement. He died in Hamburg during the Second World War. 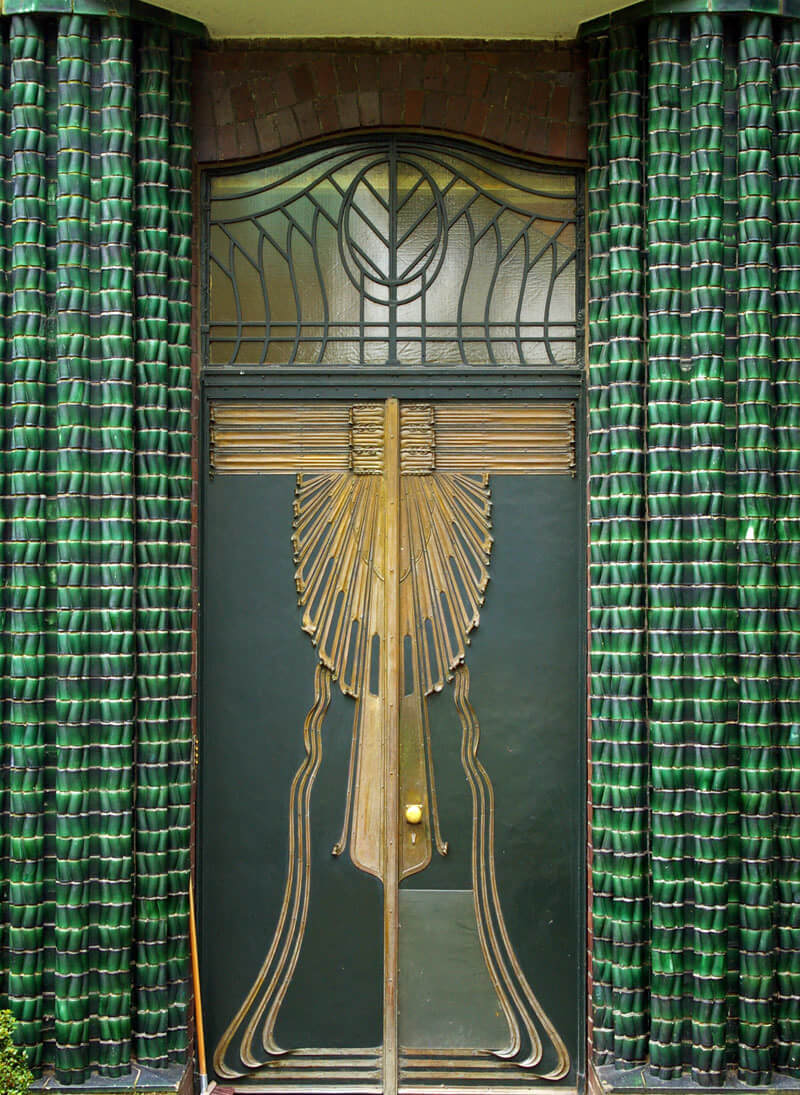 Door of the Behrens’ House, Darmstadt 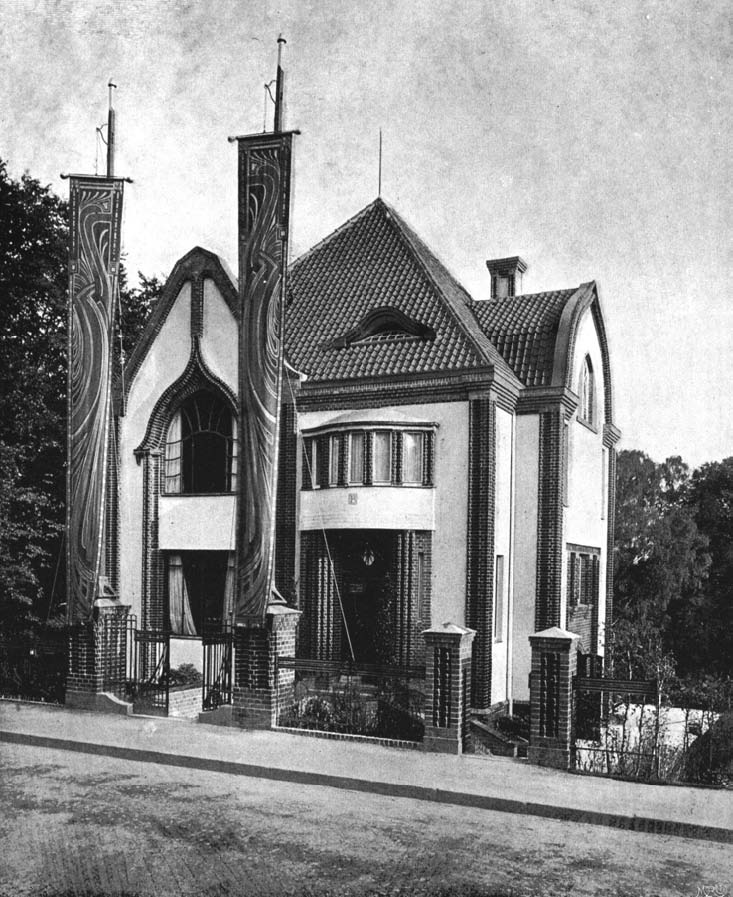 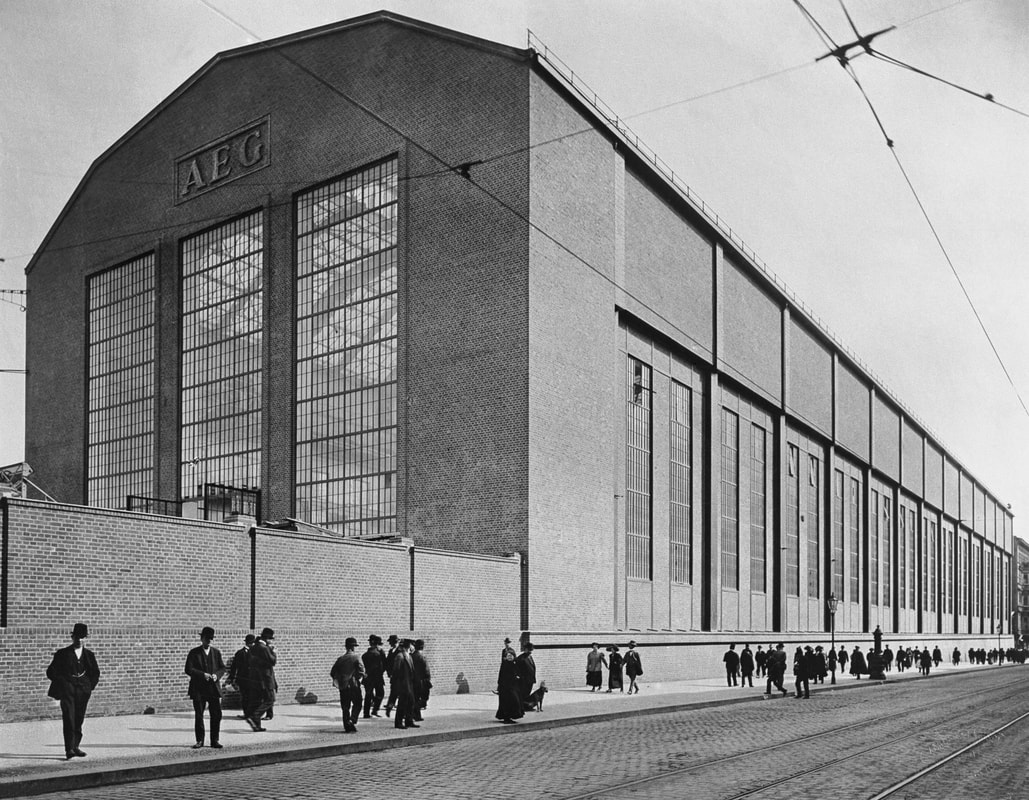 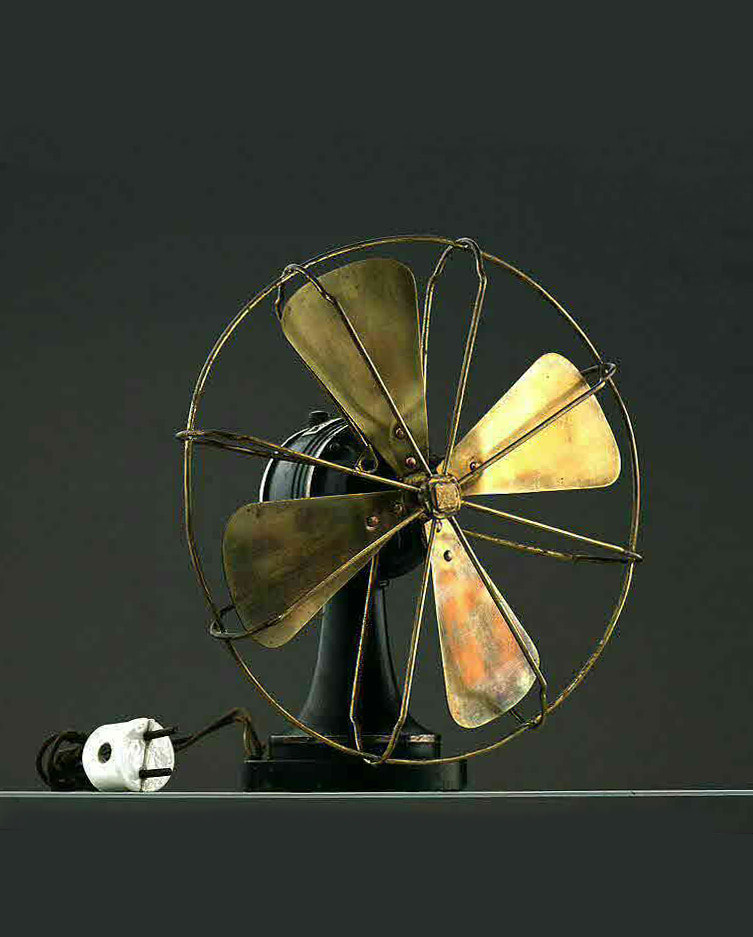 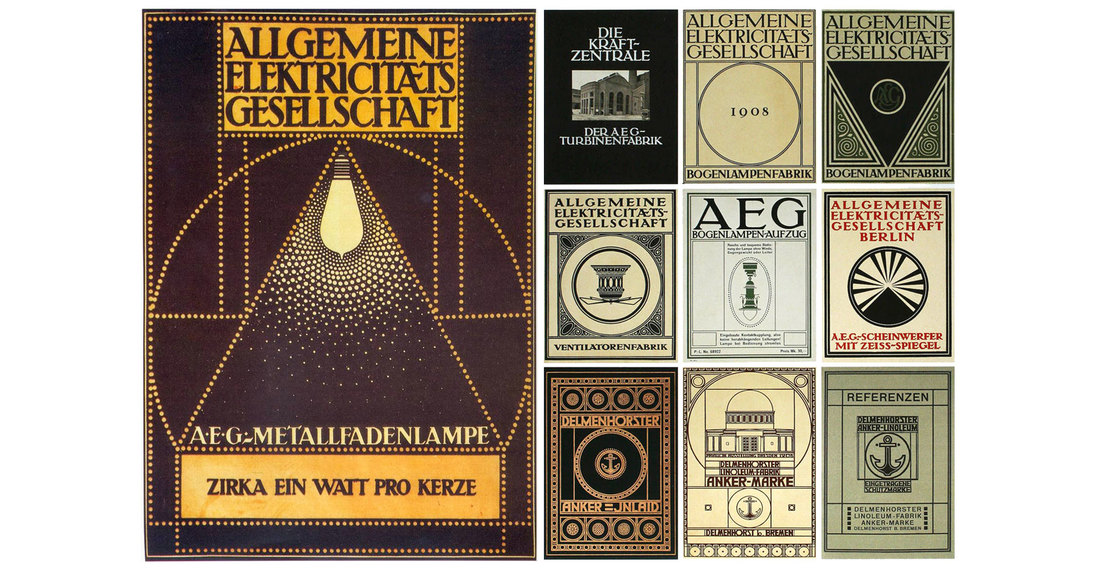