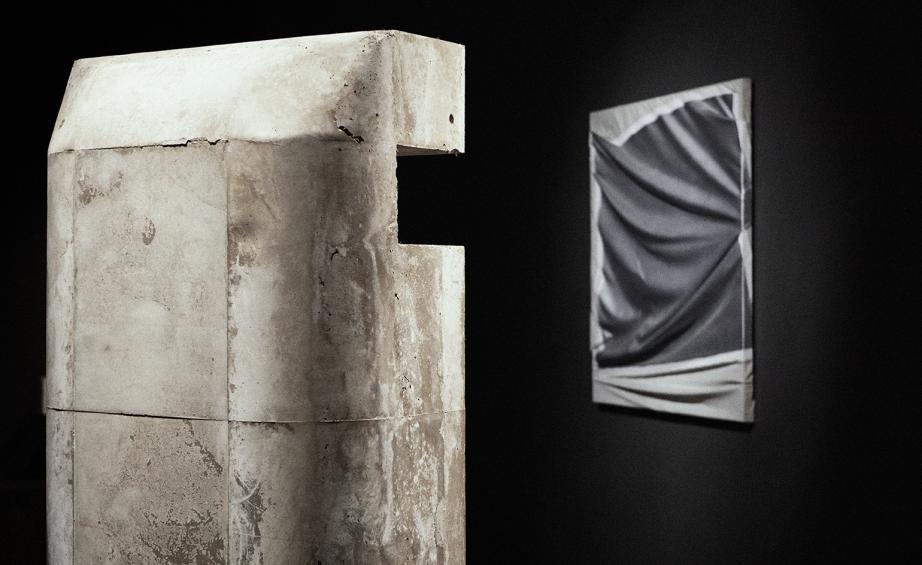 When you look at the world that Paris-based American designer Rick Owens has created, you always think of the ancient, the Biblical, of life described in the Old Testament. You think of the slaves who built the pyramids, of the people migrated with their tribes wearing dark robes made of felt. You think of the monks who lived in the Sinai desert in the early years of Christianity, of prophets and great empires. This is the world that Owens has recreated in his radical fashion, in his performance art, and in his provocative furniture, crafted in marble, alabaster, wood, concrete, and bone. Now, the Museum of Contemporary Art, Los Angeles has opened a show devoted to Owens’ furniture. We learn that while the primitive world has such a strong impact on his art, there is really nothing primitive about his sophisticated pieces.  On the show are sculptures in foam, a new material that Owens has recently added to his rich and complex repertoire, along with benches crafted from camel skin and concrete, there is a textured alabaster wall, and experimentation with rock crystal, sourced in Pakistan, all additions to the fantastic and iconic world that Rich Owens has created and still does. 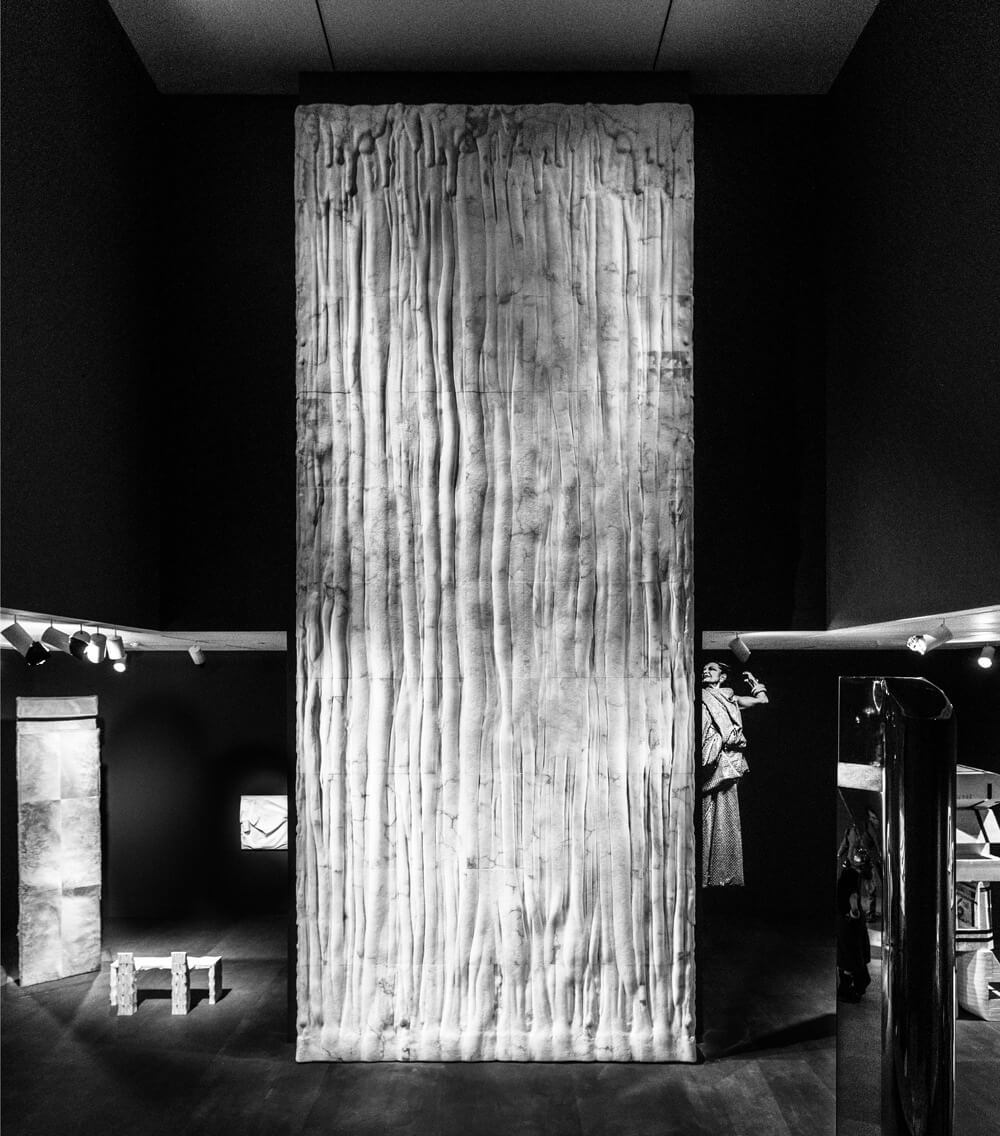 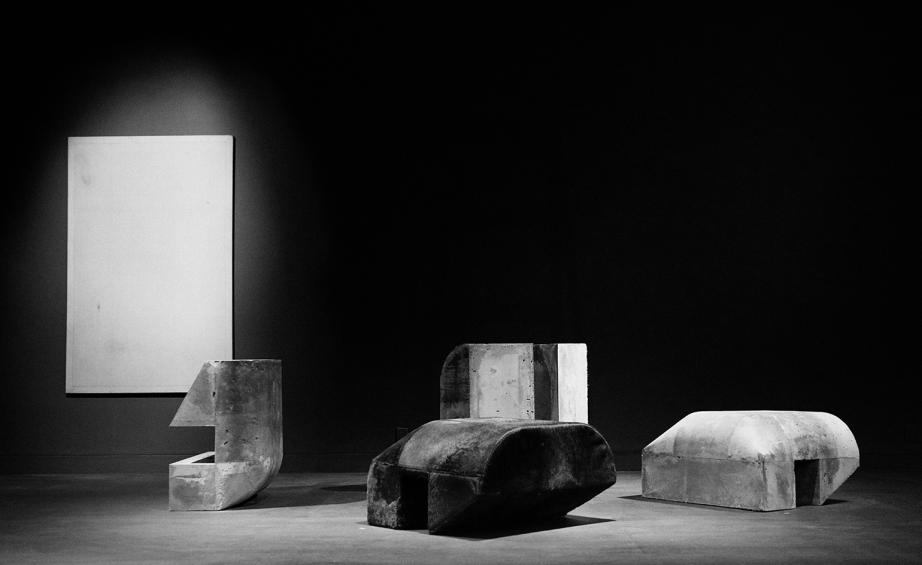 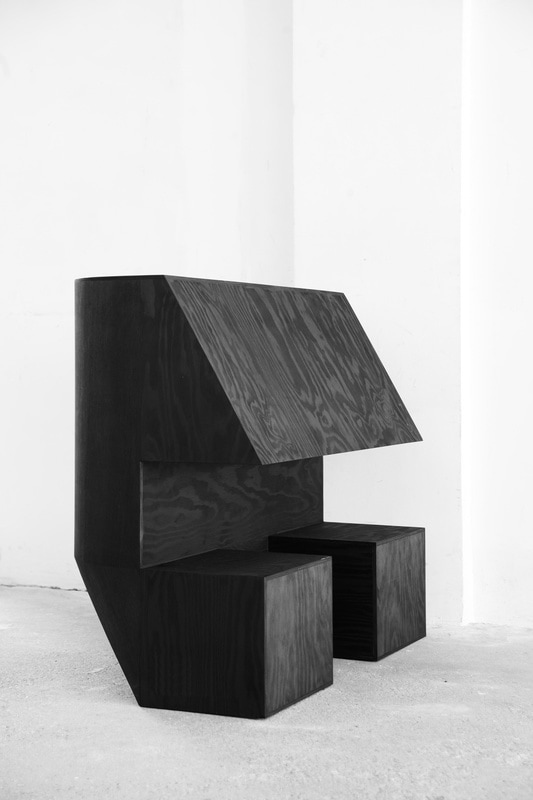 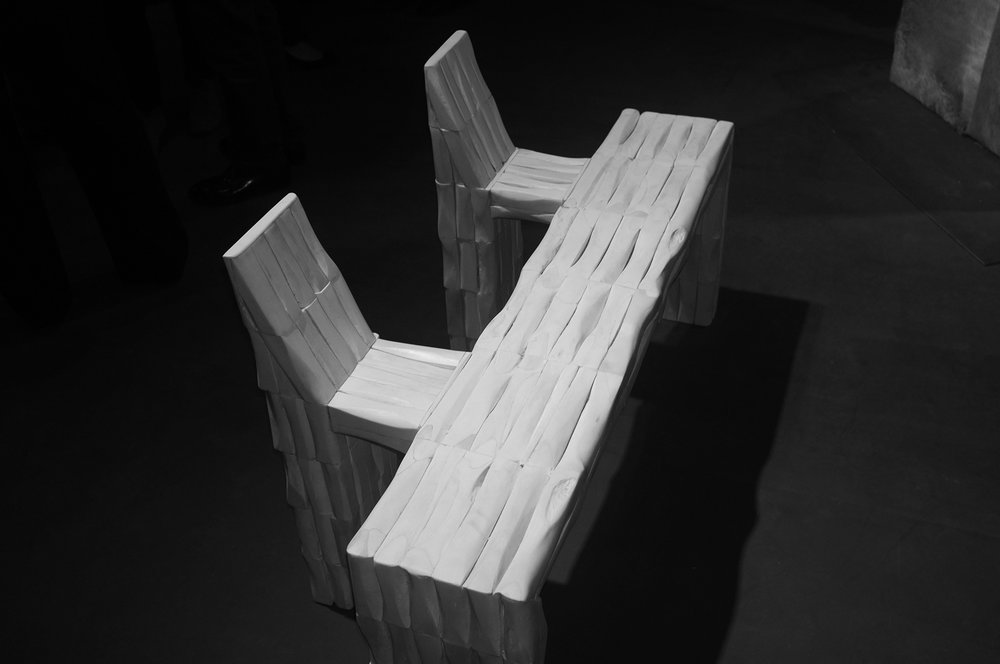 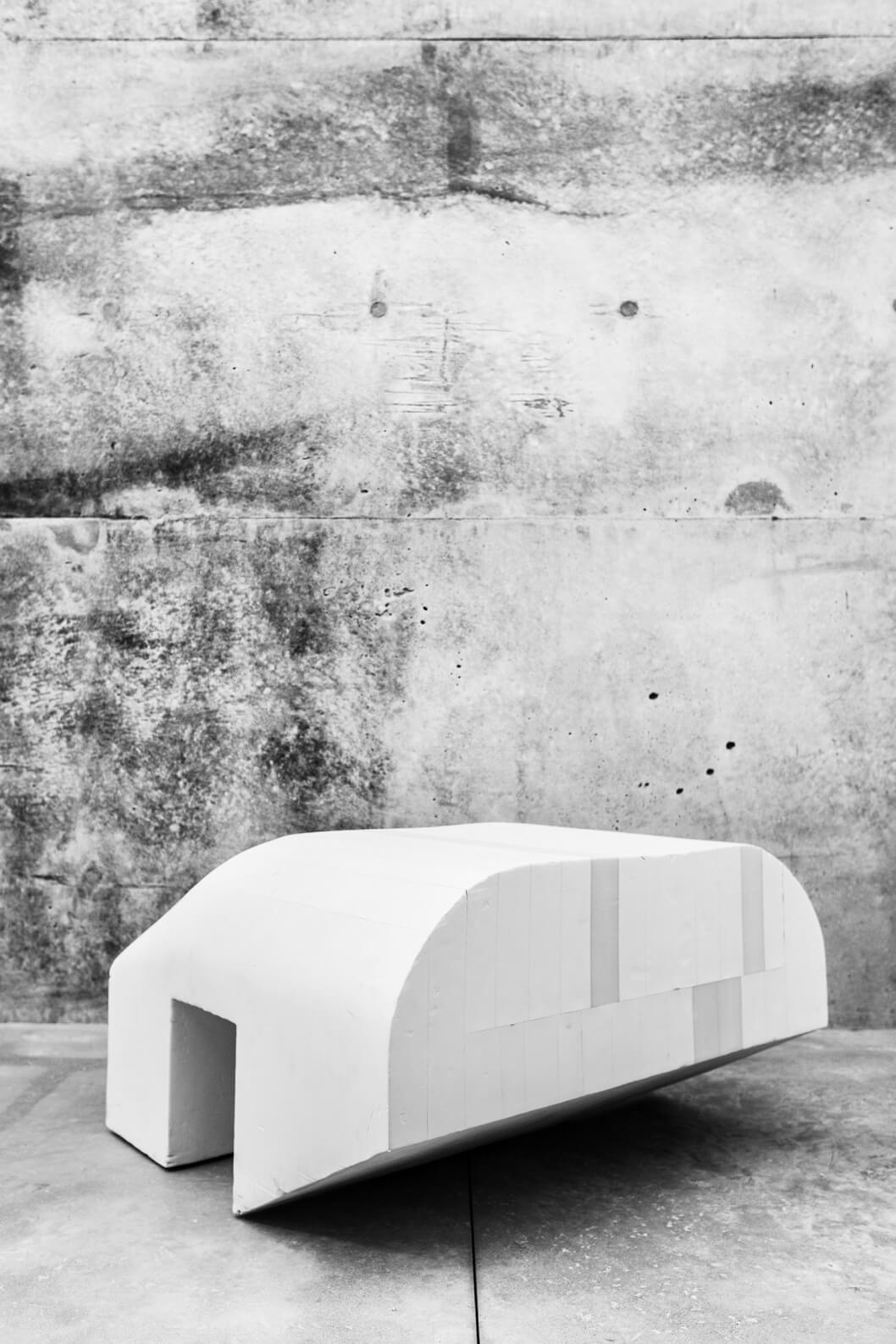