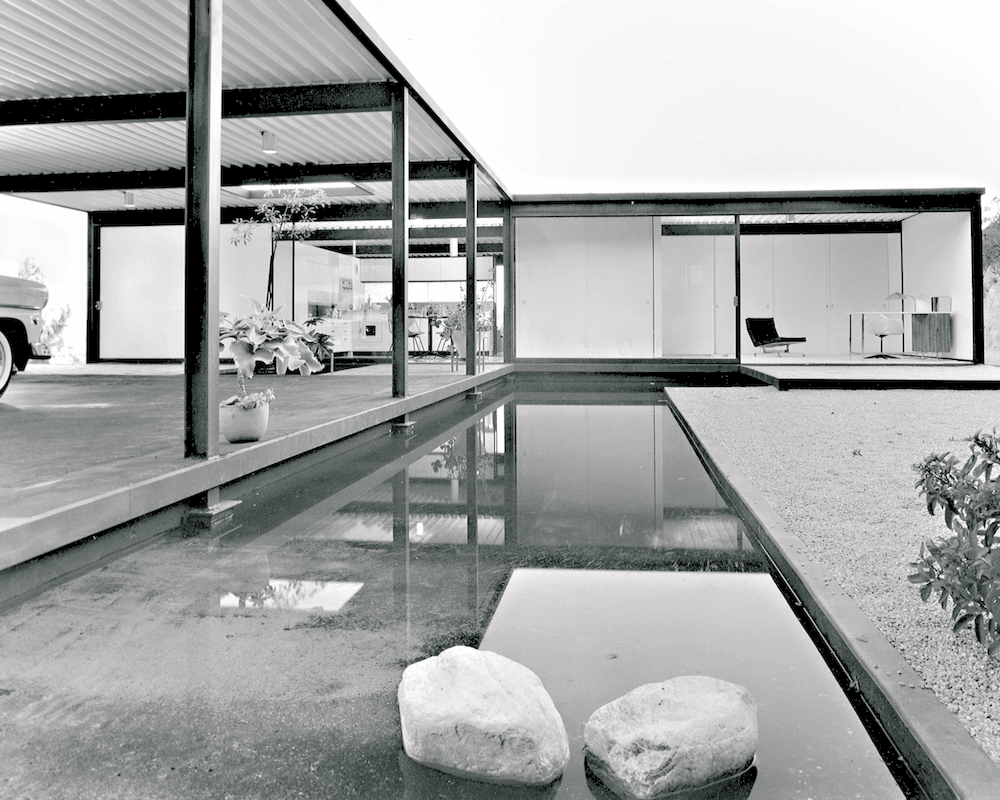 It is rarely that an architectural icon on that level is available on the market for sale. One of the most famous and seminal houses in Los Angeles and perhaps in the world, known as the Bailey House, or Case Study House #21, is offered for sale through Sotheby’s. Designed by Pierre Koenig as a prefabricated structure of steel frame, this icon was created as a part of the visionary project that came to reimagining modern living in California, initiated by John Entenza, the legendary editor of  Arts & Architecture magazine. Completed in 1959, it was one of the last examples of the project, Case Study Program promoted by Arts & Architecture Magazine from 1945 to 1964. A radical and innovative example of mid-century modern living, it is surrounded by water ponds that circulate to the roof and return as fountains. Since the 90s, when the Case Study Program had enjoyed a revived interest and when in 1997 Pierre Koenig was asked by the then current owner to restore it to its original glory, Case Study House #21 has been considered the expression of glamour California design. 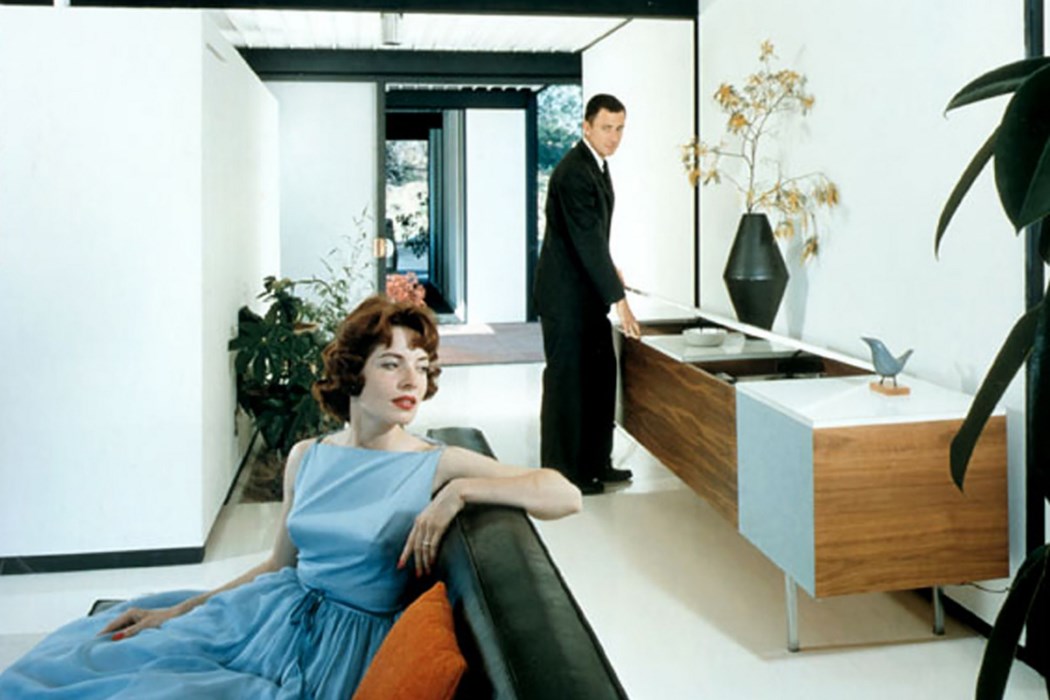 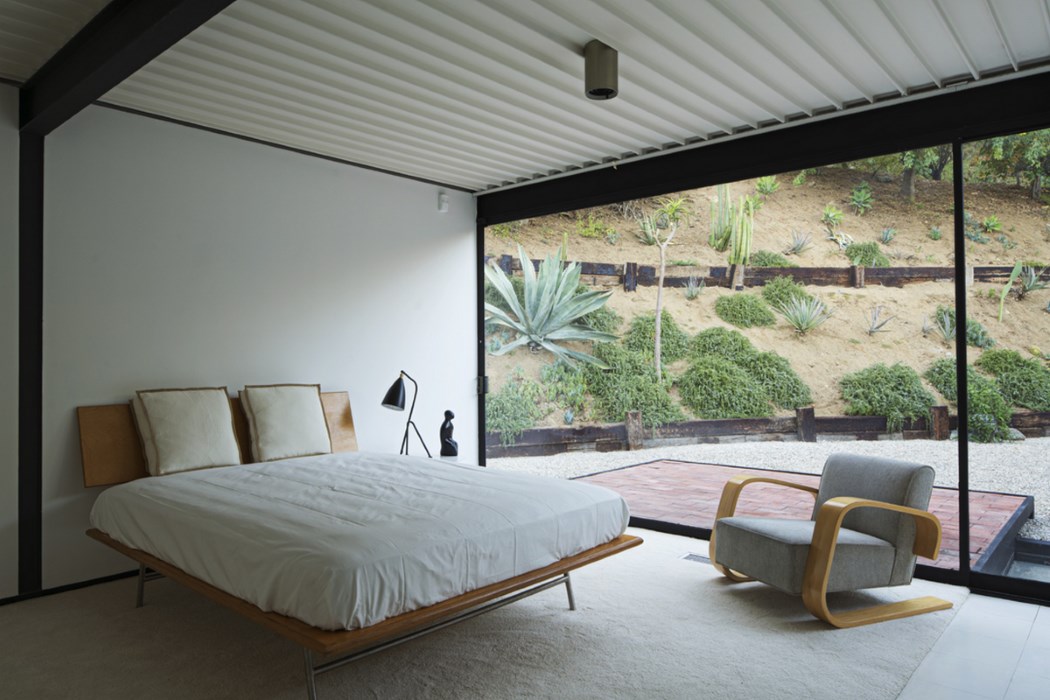 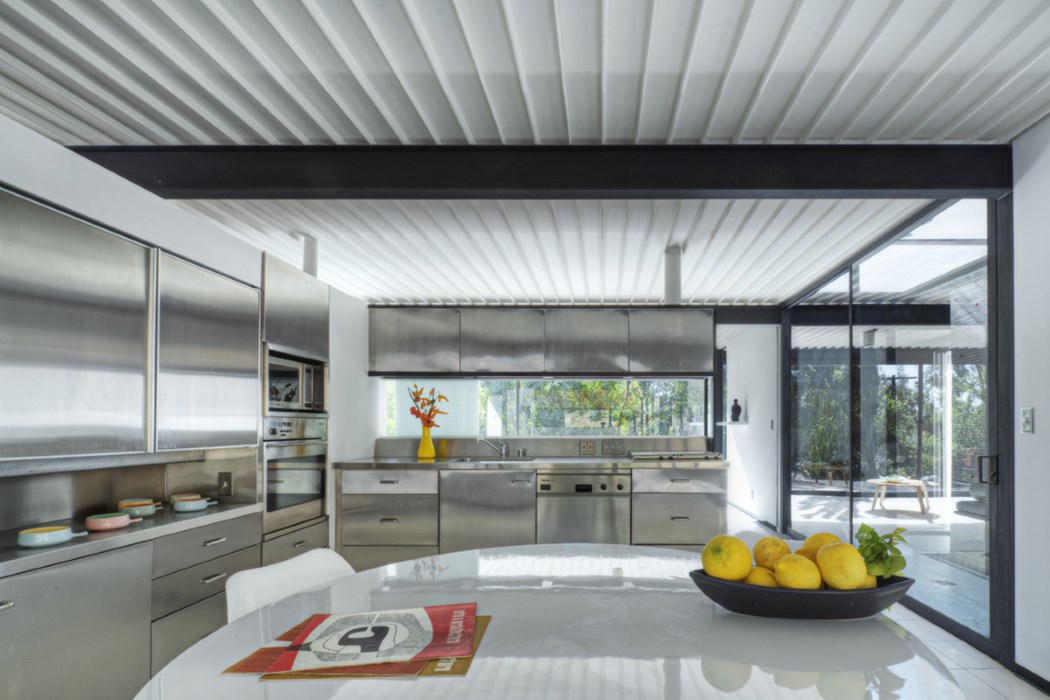 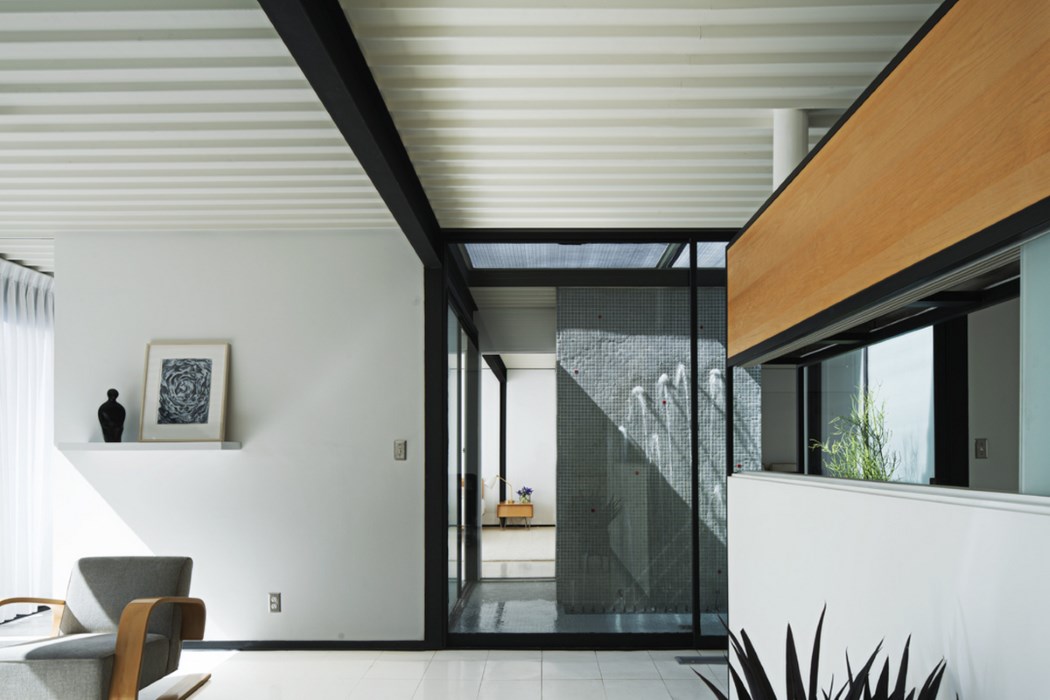 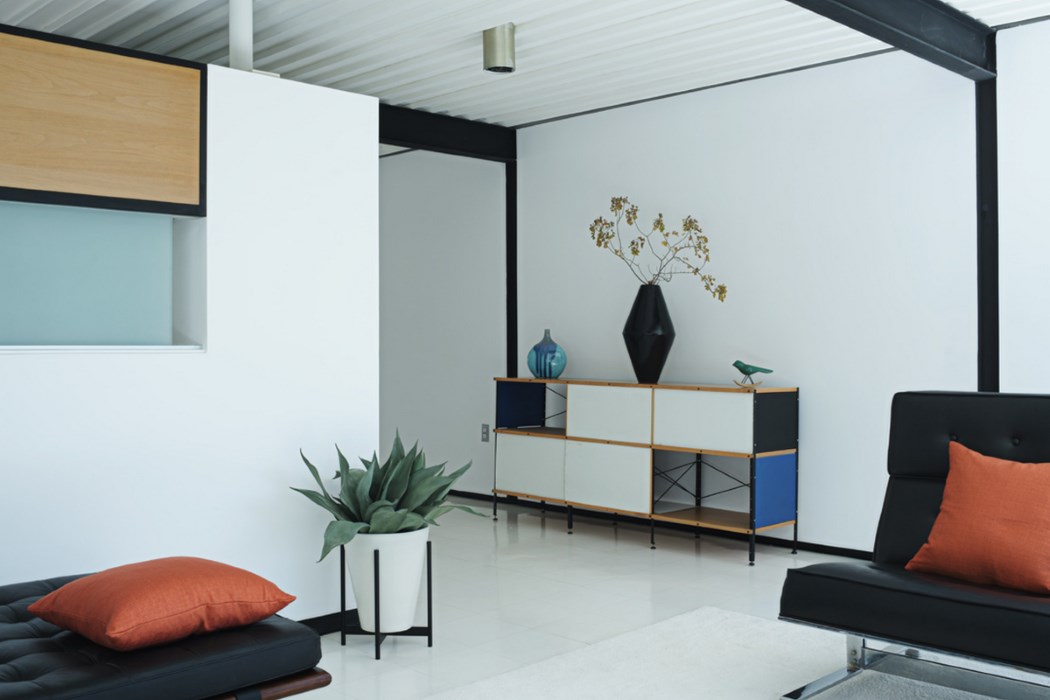 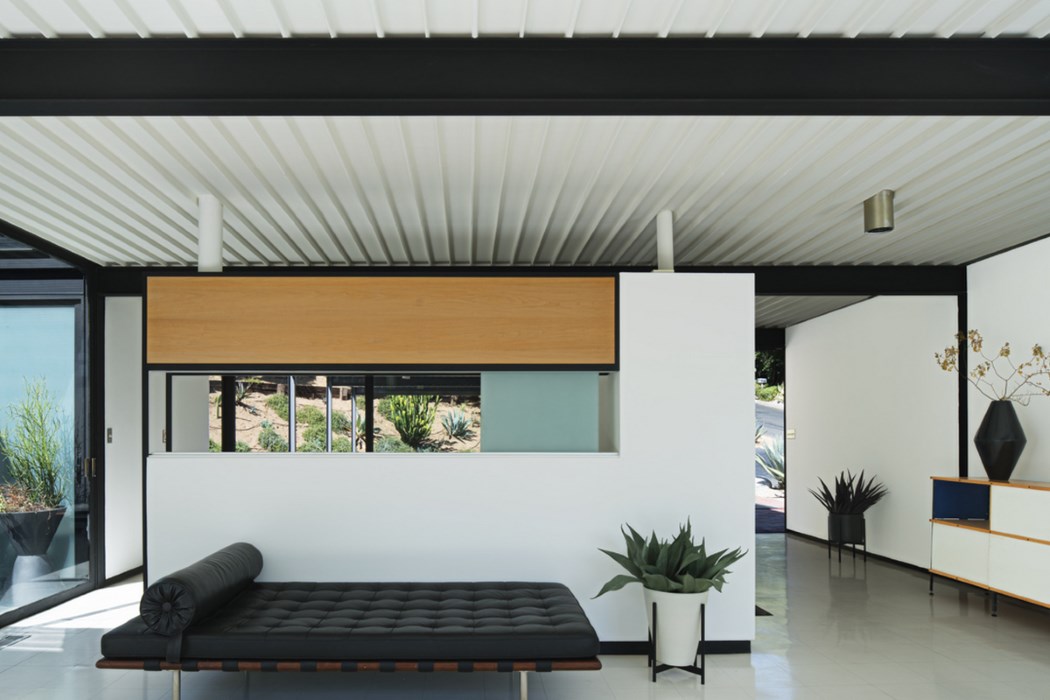 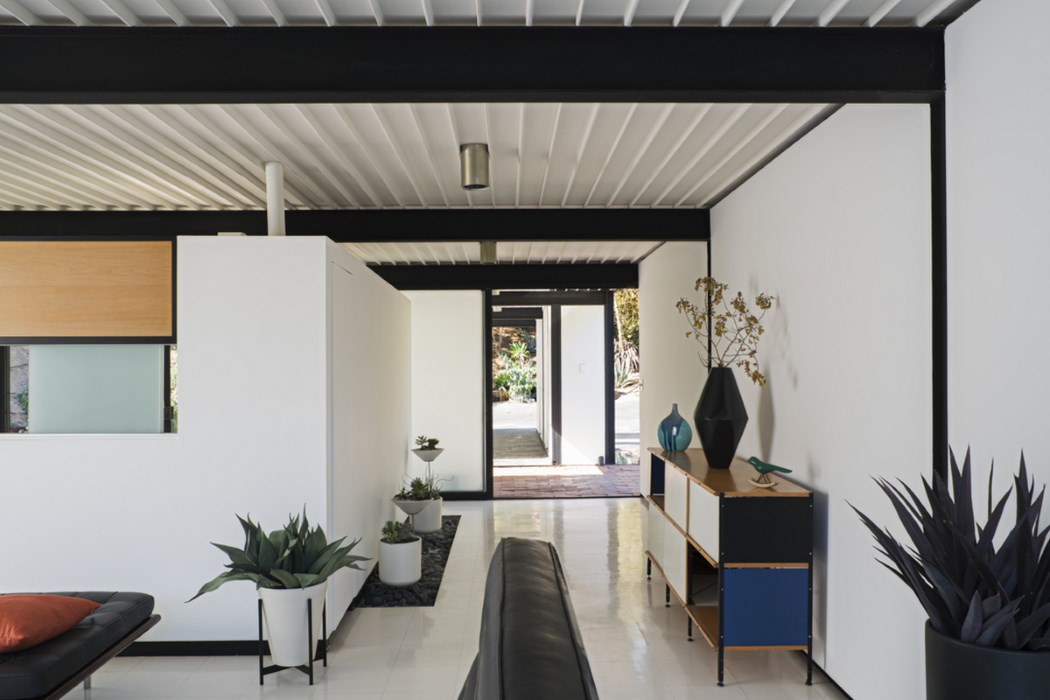