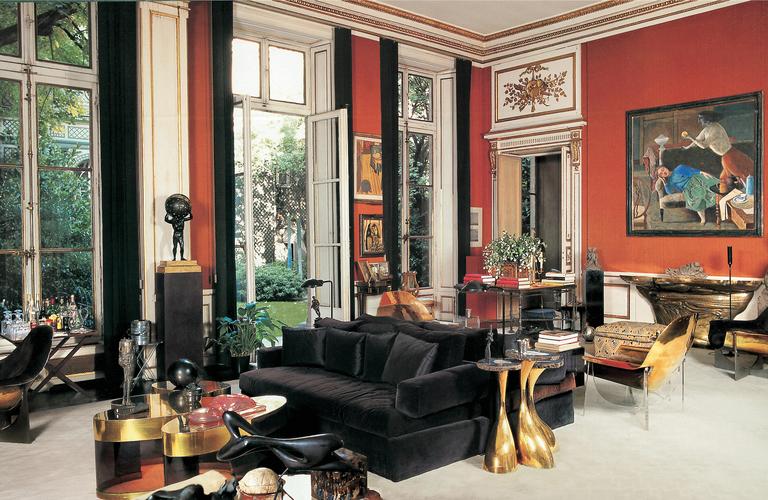 ​In celebrating his new publication The Decorators of the 1960s and 1970s, Guy Bloch-Champfort was hosted by Christie’s this morning and delivered an illustrated  and inspiriting talk. If you want to read about the best decorators active during those decades, and if you want to look into the innovative visual and conceptual story of the interior, then you should definitely have this book in your library. The 60s and 70s marked a crucial moment in the history of the interior, a turning point. For the first time, the interior was shifted away from the notion of unity into the eclectic taste that has come to shape it in the decades to come. Bloch-Champfort has carefully selected his heroes when seeking to identify the high-brow taste of the time, demonstrating that there was really no one style that came to define the era, but rather fantasy and innovation created by those perceiving the interior as a form of art. The talk surveyed the best interior design, and he began with the work of Charles Sevigny, who was brilliantly mixing mid-century furniture by Knoll into the French traditional atmosphere; Pierre Paulin created Space-Age interior for Georges Pompidou’s Palais de l’Elysee; Henri Samuel’s clients were so prolific (the Vanderbilts, the Rothchilds) that he could never photograph the magical interiors that he created for their super private homes, thus mostly remembered today for his own Parisian home; David Nightingale Hicks, the aristocratic English star-decorator noted for his bold colors and for mixing antiques and modernist furniture; Renzo Mongiardino, still considered the most important Italian interior designer of the 20th century, was inspired by so many sources – Italian Renaissance, Baroque, and Islamic architecture – that his celebrity clients were breathing the modern and the historical, remembered for the iconic photo of his loyal client Lee Radziwill Cecil Beaton. The list of decorators included in the talk was way longer, enriching our weekend. and penetrating unusual beauty into this beautiful early summer day. 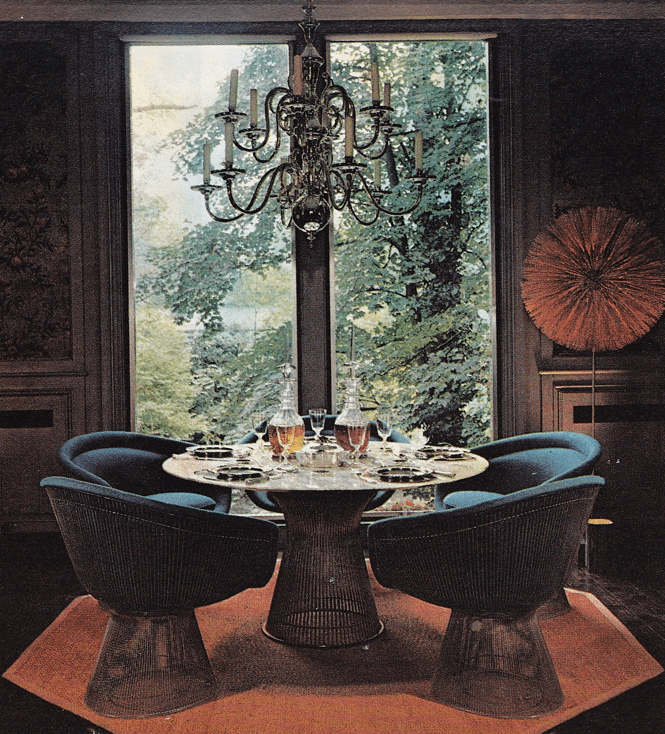 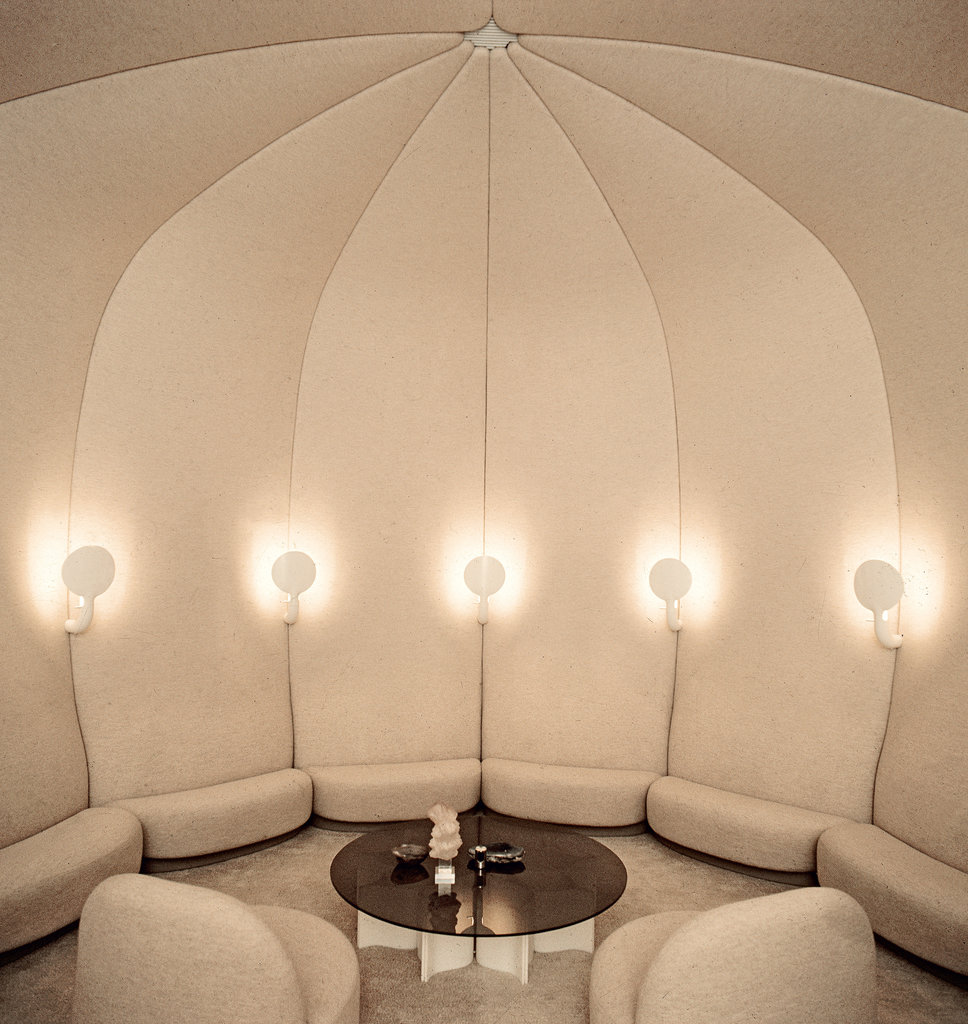 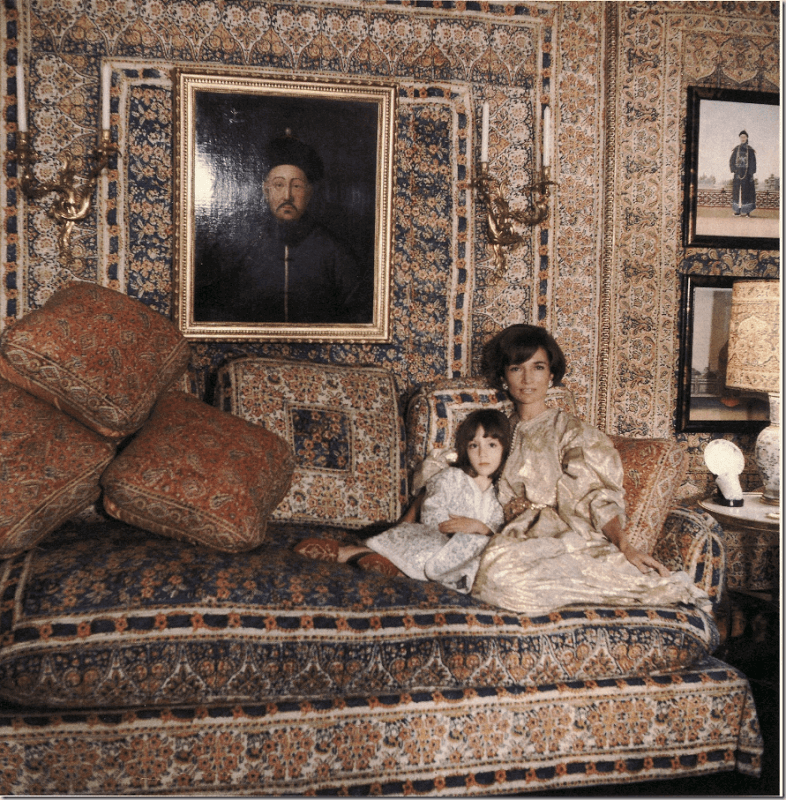 Lee Radziwill in a home designed by Renzo Mongiardino 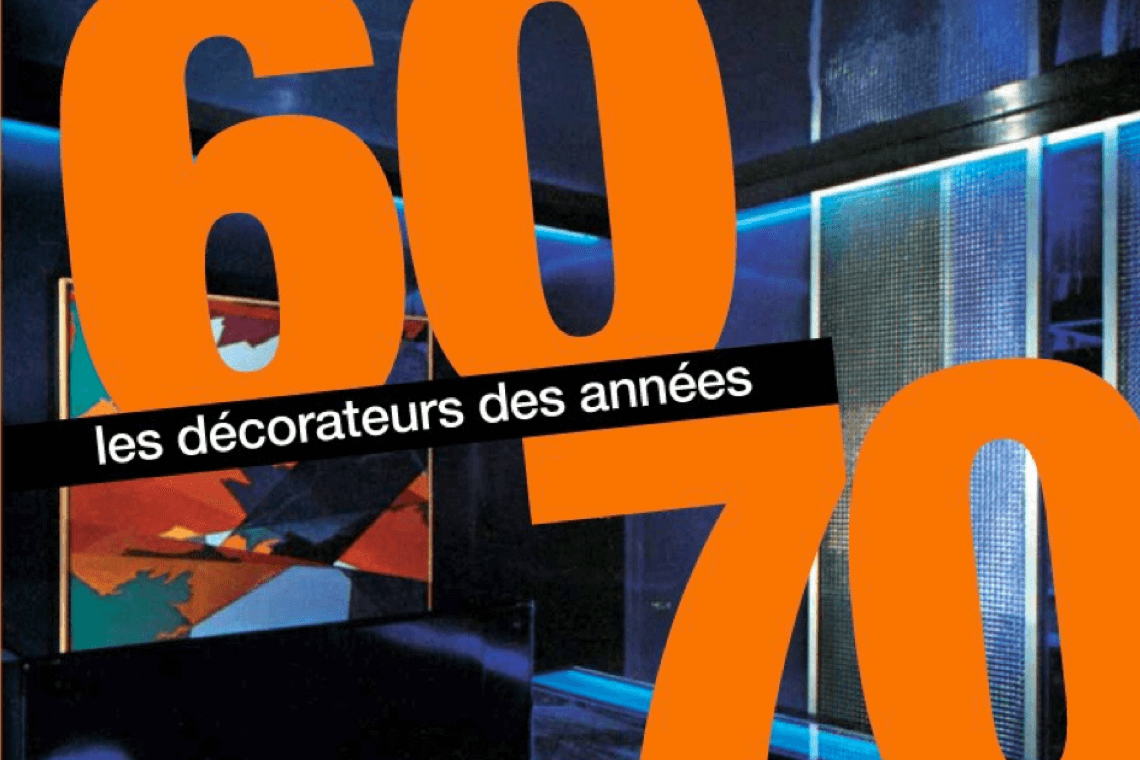