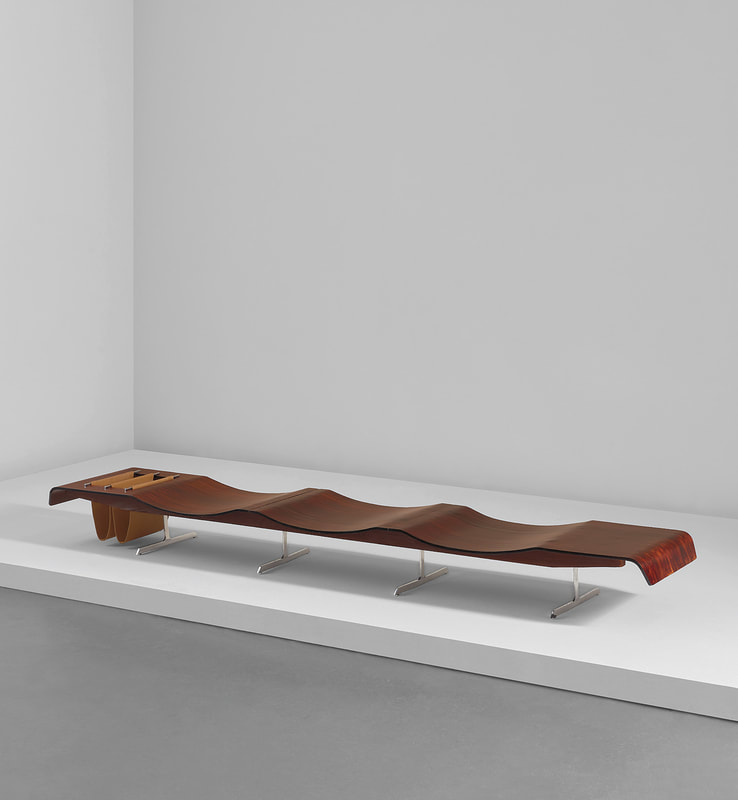 As we have become more educated in Brazilian mid-century design over the past decade, and as connoisseurship keeps developing, we learn more and more about the key players who pioneered modern design in Brazil and about their own contribution. With a couple of exhibitions and publications, led by R & Company, Brazilian design of the years following WWII has become an integral part of the mid-century collectible design world. Many of those pioneers, the modernist designers immigrated to Brazil from various places, and sought to integrate their own culture and modern language with the distinctive locality.

We know that Sergio Rodrigues, who came from a prominent family of Brazilian artists merged local tribal culture with modernity; that Joaquim Tenreiro created exquisitely-crafted furniture of neoclassical sensibility; that Italian architect Lina Bo Bardi was tightly connected to the European Modern Movement; and that Jorge Zalszupin created the most spectacular and unexpected forms, dazzling scales and proportions, succeeded in achieving abstraction and volumes. A fine example of his Banco Onda Bench, which will be offered at Phillips, New York next week, is one of my selects in this design week.

Born in Warsaw, Zalszupin (b. 1922) was trained as an architect in Bucharest, before immigrating to Brazil and settling in Rio de Janeiro. His furniture was produced by his own firm L’Atelier, where he mastered pieces which were not only beautifully crafted of local exotic woods, but also had an architectural sensibility, and dynamic forms of powerful presence. For all of these qualities, Zalszupin’s pieces are of a great fit for today’s curated interiors, and for the way they harmoniously integrated with other examples of mid-century and contemporary design. Photo: Courtesy Phillips.